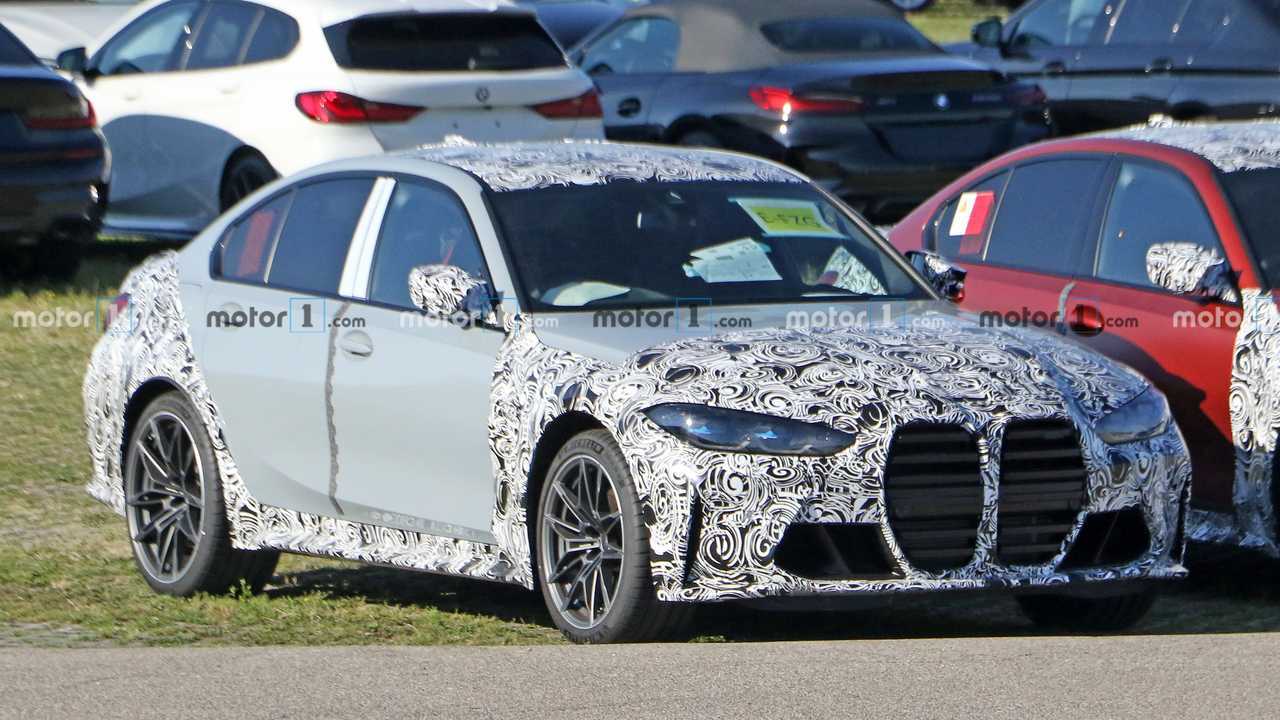 Unlike the base 3 Series, the M3 will get a big ol’ snout.

The 2021 BMW M3 is making its way through the development process, as these revealing spy photos show. While previous test mules for the G80-generation M3 have been wrapped in psychedelic camouflage, this most recent batch of clandestine photography betrays more of the speedy saloon’s styling.

Although a contour-obscuring wrap still appears on the front and rear fascias, we can still plainly see a massive, vertically oriented kidney grille structure, along with narrower, pointier headlamps than we’d find on a standard BMW 3 Series. It’s clear that the M3 will share much of its frontal styling with the M4 and 4 Series coupes, recalling how the E90-generation M3 saloon got the two-door's styling details. Whether that’s good or bad is a matter of taste, but we’ll cop to this much – the look is growing on some of us.

Swirly vinyl also hides the rear end and side skirts, although we can tell that both will be more aggressive than you might see on a 330i or M340i saloon. Rear bumper vents and wider rocker panels should improve aerodynamics by reducing undercar turbulence, as will a chunky rear diffuser. Also camouflaged is the M3’s scalloped roof panel, suggesting it is likely hewn from lightweight carbon fibre instead of sheet metal.

Speaking of, the three M3s spotted recently show some diversity among them. The grey and black vehicles seen here seem to boast a deeper rear Venturi channel relative to the red car, and differences extend to the front fascia as well. The red M3’s honeycomb-texture lower air inlets contrast with open-element intakes on the black and grey examples.

We think the latter two are examples of the 480-bhp M3, while the red car is the back-to-basics 460-bhp M3 Pure. Alternatively, the grey and black machines could be 510-bhp M3 Competition saloons, while the red one is a regular M3. The M3 Pure will boast a six-speed manual and rear-wheel drive, while the M3 and M3 Competition should come standard with xDrive all-wheel drive and an eight-speed automatic transmission (both tuned by M).

The small, high-performance saloon should debut in September before going on sale early next year.