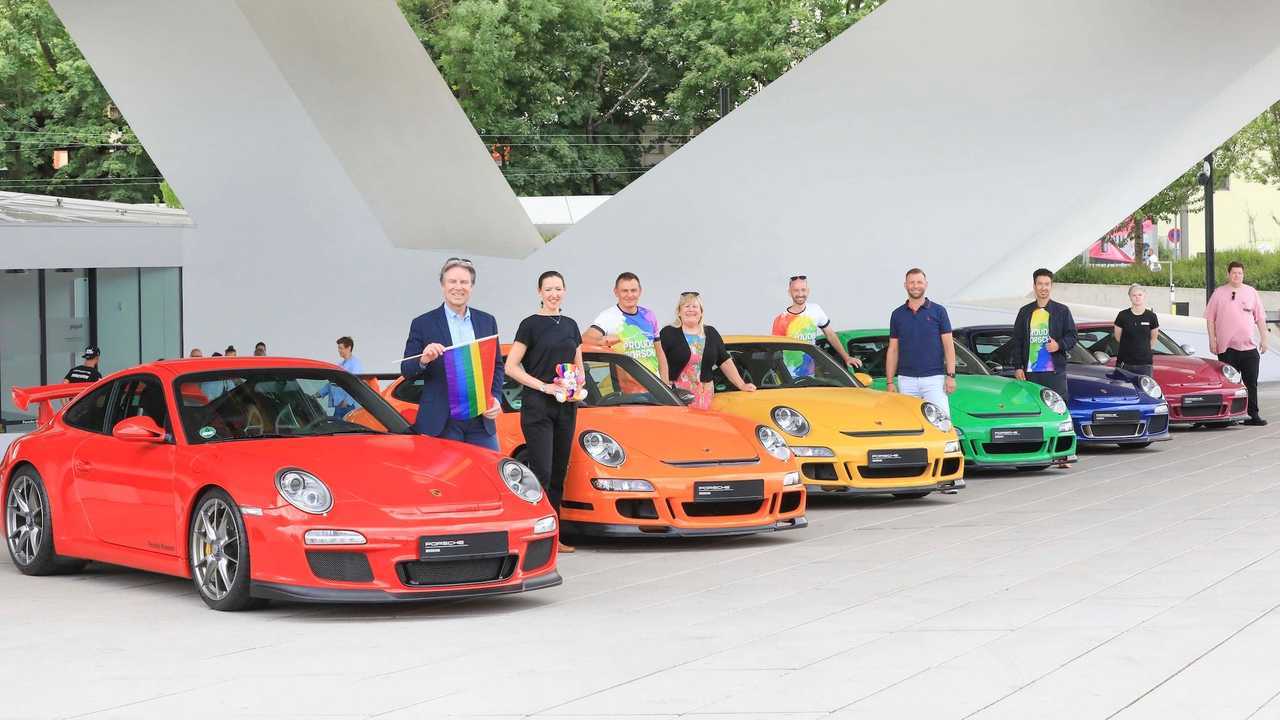 The German automaker joins the stance against LGBT+ discrimination.

Porsche joins this month's gay pride cultural festival in Germany, known as the Christopher Street Day. The festivity happens every year at the end of July and this year, and Porsche showcases its solidarity to the cause by displaying six multi-coloured Porsche 911 units, representing a rainbow which has been a symbol of Pride festivals.

Of note, Porsche wasn't the first automaker to express support with Pride events. Earlier this month, Bentley wraps its Continental GT V8 with a rainbow theme in support of North West of England's first virtual Pride event. Back in June, BMW made a similar move and wrapped an 8 Series Convertible in celebration of LGBTQ+ Pride Month in the United States.

During this time of the year, millions of people all over the world campaign for the rights and take a stand against discrimination of the LGBT+ community. This aligns with Porsche's view; the automaker stands up for an open-minded existence and diversity.

"We demand and foster equal opportunities and want to make it possible for all Porsche staff to contribute just as they are, regardless of elements including their gender, ethnic background, religion, disability, age or sexual orientation," explains Andreas Haffner, Member of the Executive Board for Human Resources.

In celebration of Gay Pride:

Apart from the six colourful Porsche 911s, the automaker's flagpole bears a rainbow flag during the weekend of the festival. The 911s were parked on the square outside of the Porsche Museum, while quite a number of Porsche employees joined the virtual Pride Run – running distances in bright-coloured shirts on their own routes.

Take note that Porsche has also taken a stance on the matter internally. Three and a half years ago, the Department for Equal Opportunities and Diversity (MEC) was born to promote equal opportunities for all employees of the company.