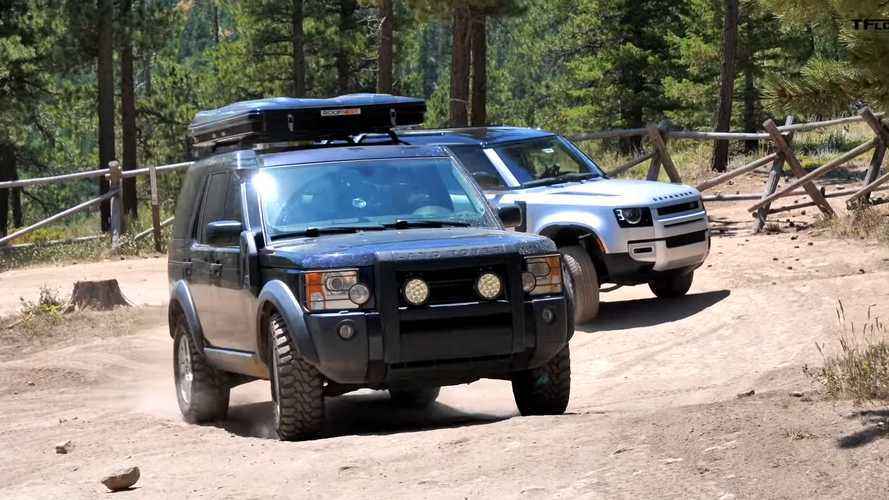 In fairness, the deck was stacked against the Defender.

The return of the Land Rover Defender was a long time coming. The new Defender debuted last September with models now at dealerships. Comparisons are popping up and this old-versus-new video from The Fast Lane Car is quite interesting.

In this case, old-versus-new isn't a Defender-versus-Defender showdown. The test features a US market 2006 Discovery LR3, which looks quite similar to the new Defender when parked side-by-side. There are other similarities too, namely a unibody design, an air suspension system, and plenty of power under the bonnet.

The Defender holds a distinct advantage with its boosted inline-six making 395 bhp (295 kilowatts) versus 300 bhp (224 kW) for the old LR3 and its 4.4-litre V8. However, the Disco rides on meaty, oversize off-road tyres compared to tame all-terrain rubber on the Defender. And we know how important tyres are for extreme off-roading.

Speaking of which, this Land Rover contest takes place in Colorado USA at the Ironclads, a popular trail that offers plenty of challenges for mild and wild off-roaders. The race is simple – both Land Rovers make a circle of the trail with the winner being the first one back to the start-finish line. Since there are multiple paths to take, the trail offers plenty of opportunities for passing.

As you might expect from a video such as this, there are some good-natured shenanigans afoot. We suspect some of the action was planned ahead of time, as the new Defender generally takes the easier (but longer) path while the Discovery goes three-wheeling over rocks. It’s no surprise, then, to see the Discovery win this contest.

More on the Defender:

However, the Defender featured here wasn’t a media vehicle, but a demonstrator from a local dealership. As such, care was obviously taken to not put the Defender in harm’s way, and we can totally understand that. Even if it was a personally owned vehicle, you’re still talking about a new $50,000 machine versus a 14-year-old, well-used off-roader valued at roughly $5,000. Like it or not, an owner is less likely to take risks with a new-and-expensive machine, that doesn’t mean it’s any less capable.

In short, there’s much to love about the new Defender. However, if the price point is way out of your budget, going older school with a used Discovery should still get you everywhere the Defender can take you.