Watch possibly the dirtiest car of 2020 shine like new again 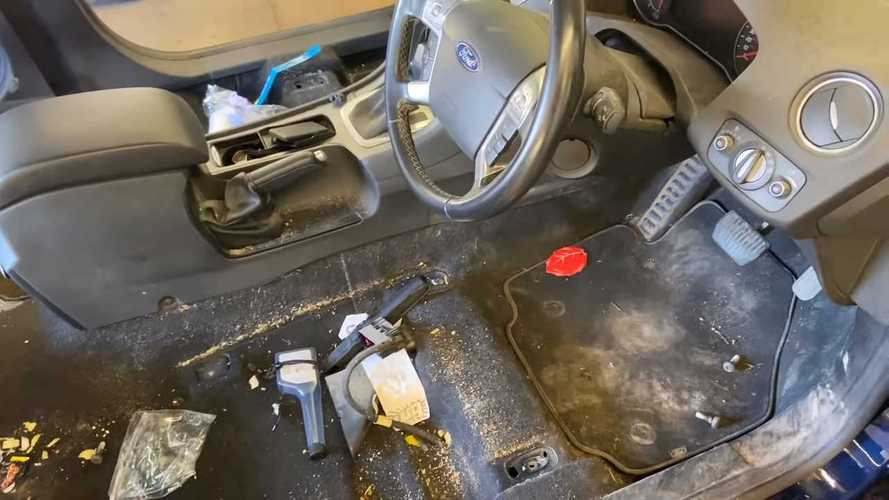 Please, no smell-o-vision for this one.

As the interior detailing genre is on the rise, we’re sure you’ve seen some pretty disgusting transformations. That said, we are confident the video below will rival any others you’ve seen. In its latest instalment, Autoshine Cars takes a dog handler’s Ford Mondeo from an absolute disaster to nearly brand new condition.

In another life, the featured Mondeo was used to transport dogs, and it shows. We doubt petrolheads could even dream up an interior mess this bad; think dog hair everywhere, crumbs, trash, dirt, you name it, this car has it.

While the inside is an other-worldly mess, the worker from AutoShine Cars began by detailing the exterior which wasn’t a total disaster but still needed some love. The exterior detail looked pretty run of the mill, wheel cleaner, foam cannon, nothing new. The only procedure that stood out was scrubbing the door sills that were full of dirt.

Then came the elephant in the room, the interior. After some incredibly satisfying vacuum time-lapse compilations, this vehicle produced one of the most dramatic before and after transformations we’ve seen. That said, the vacuum was just the start for the interior. With a majority of the hair gone, every inch of carpet was steam cleaned and shampooed within an inch of its life.

Watching this disgusting Mazda6 get cleaned is our moment of zen

Following the interior clean, Autoshine Cars took to finishing the exterior. After some tar removal and a bit of polish, the exterior and interior of the car were looking spick and span. The end of the video revealed that all of the work took around 15 hours to complete.