More than 11,000 automotive sector jobs have been lost during the coronavirus crisis, according to a leading industry body. The Society of Motor Manufacturers and Traders (SMMT), which represents UK car makers and dealers, also says production has fallen by more than 40 percent over the first six months of 2020 as the pandemic shut factories down.

Figures released today (July 30) show UK car factories churned out 381,357 cars during the first half of the year – down 42.8 percent on the 666,521 built during the same period of 2019. Of course, much of that reduction was down to the coronavirus lockdown and social distancing measures, which have stifled production.

Nevertheless, production was much higher in June, with more than 56,000 cars rolling through British factory gates. That’s a tenfold increase on the 5,511 cars built across the whole of April and May, but still just half the volume produced in the same month of 2019. 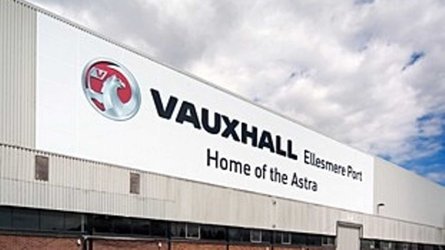 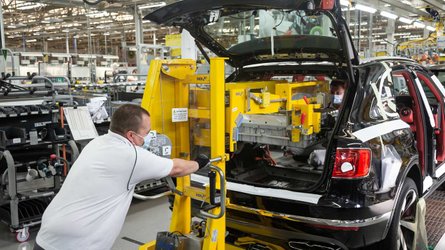 With new car registration figures looking equally bleak during the long months of lockdown, the SMMT says the sector is facing “challenges like no other”. That’s why more than 11,300 jobs have been lost across manufacturing and retail, and the SMMT says more could be “at stake” if the sector does not receive government support.

According to the organisation, its “independent production outlook” shows output is expected to total around 880,000 in 2020 – down by around a third on 2019’s figures. And unless a free trade agreement is settled with the European Union, the forecast gets even worse. In that situation, with the UK trading on World Trade Organisation (WTO) terms, output is expected to remain at around 800,000 or less until at least 2025.

However, the SMMT says its predictions show a zero-tariff and quota free trade agreement would see “car volumes recovering to pre-crisis levels” of around 1.2 million units within the “next few years”. Mike Hawes, SMMT Chief Executive, said the figures released today showed how important an EU trade deal and a long-term support strategy could be to the industry.

“These figures are yet more grim reading for the industry and its workforce, and reveal the difficulties all automotive businesses face as they try to restart while tackling sectoral challenges like no other,” he said. “Recovery is difficult for all companies, but automotive is unique in facing immense technological shifts, business uncertainty and a fundamental change to trading conditions while dealing with coronavirus.

“The critical importance of an EU-UK free trade agreement is self-evident for UK automotive. Our factories were once set to make two million cars in 2020 but could now produce less than half that number, a result of the devastating effects of the pandemic on top of already challenging market conditions and years of Brexit uncertainty. This industry has demonstrated its inherent competitiveness and global excellence over the past decade. Its long-term future now depends on securing a good deal and a long-term strategy that supports an industry on which so many thousands of jobs across the country depend.”