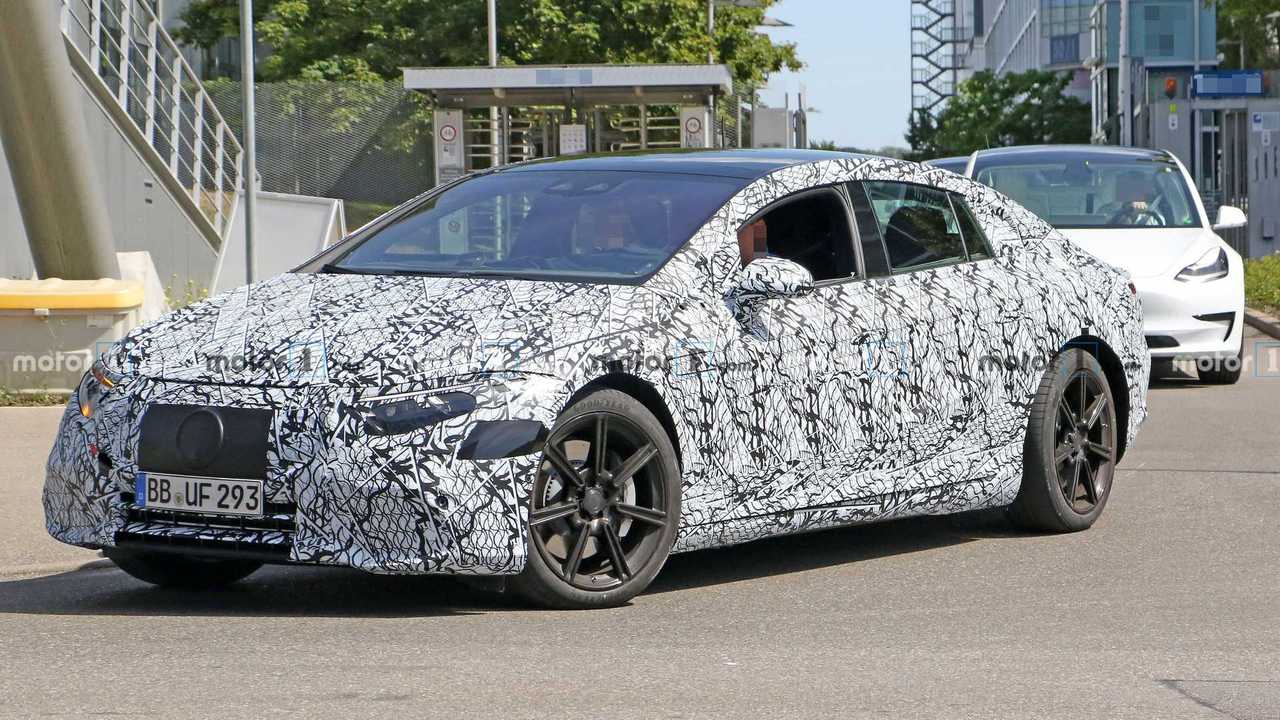 It's a svelte EV with lots of luxury.

The Mercedes-Benz EQS is the German brand's upcoming electric saloon, and these photos show the engineers benchmarking it against some Tesla vehicles. The body of this development vehicle still wears a camouflage wrap and some additional concealment on the body.

While the EQS looks generally similar to the new S-Class, the EV has some slightly different features. There's a smoother, more aerodynamic nose with headlights that tilt inward. An arching roofline makes the vehicle look svelte. At the back, there's a liftback tail. The black sensors around the body indicate this vehicle packs sophisticated driver assistance tech.

Earlier spy shots also show that the EQS has a high-tech cabin with large displays. There's a rectangular bezel around the instrument screen. The infotainment screen has a portrait layout, and images suggest the lower section of it includes the controls for the HVAC system.

The EQS rides on Mercedes' Modular Electric Architecture. The setup features flat batteries underneath the passenger compartment and an electric motor powering each axle. This powertrain offers a range of over 435 miles (700 kilometres) in the New European Driving Cycle evaluation, which should be enough to eliminate any customer's range anxiety. There's also four-wheel steering for improved handling.

More looks at the Mercedes EQS:

Driving it with a Tesla Model S and Model 3 shows that the Mercedes engineers understand their EV's primary competitor. At this late point in the EQS' development, it's probably too late to make significant changes, but the development team can still tweak the tech to match or surpass what Tesla offers.

While we know that the regular S-Class debuts this year, the time for the EQS' unveiling is a mystery. It's possible that the EV could premiere in 2020, too, but don't expect sales to start until 2021.