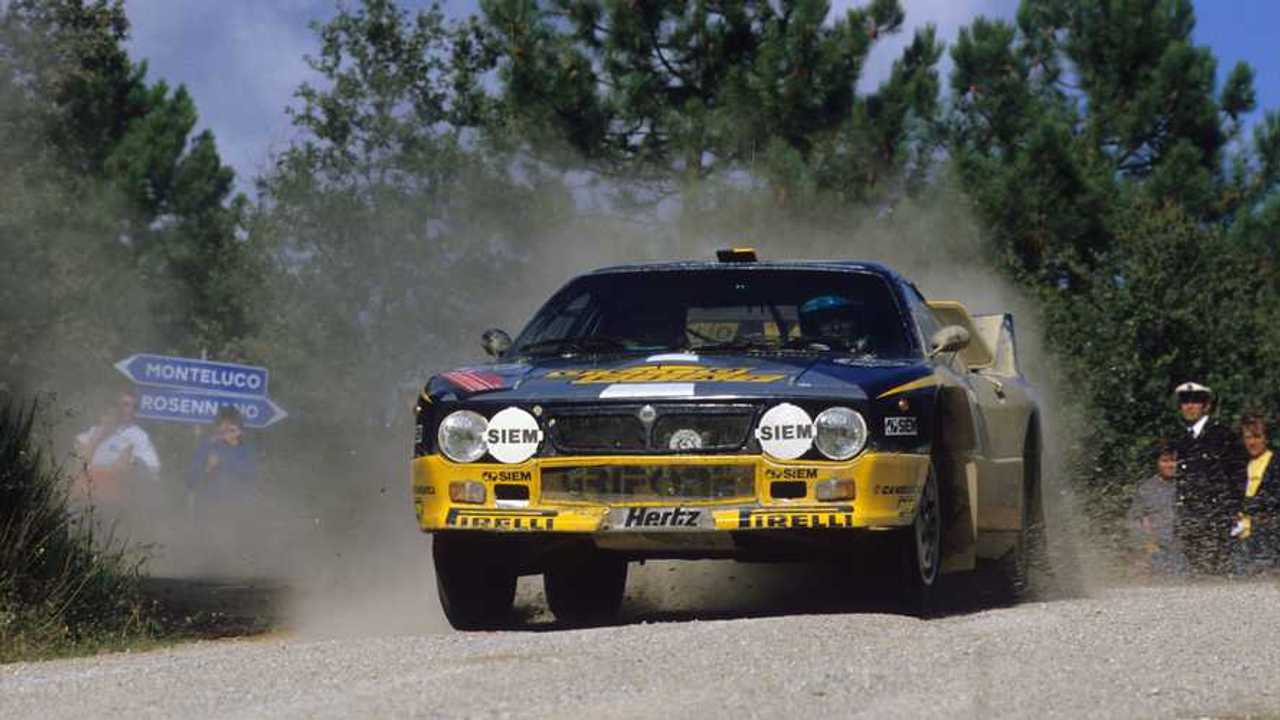 The collection will include three 037s.

A collection of legendary Lancias will be displayed at this year's London Concours, showcasing the legendary brand's rallying success in ther 1960s, '70s, '80s, and '90s.

The cars will join nearly 100 others at the Honourable Artillery Company HQ on August 19-20 at what is set to be the first major motoring event in Britain since February.

Among the collection on display is a 1922 Lancia Lambda, which was the first car with a monocoque chassis, as well as independent vertical coil-type sliding pillars, and an V4 engine, as well as brakes all round. For the 1920s, it was incredibly advanced.

The Aurelia was another of Lancia's greatest hits. It was the first production car powered by a V6 engine, and in 1951 the Aurelia B20GT Coupe was launched, achieving a second-place finish overall in the 1951 Mille Miglia. The very first example of the car will be on display at London Concours, complete with its original engine.

The Aurelia B20GT Coupe was followed by the Aurelia B24 Spider. It used a shortened version of the fourth-generation Aurelia B20GT platform, and was produced for just one year –1955 – and only 240 were made. One of those will be at the concours – more specifically, the one on show will be one of just 59 right-hand-drive examples.

The Aurelia was succeeded by the Flamina, another that was produced in tiny numbers. Just 150 examples of the 2.8-litre V6 engined cars were made.

Three examples of Lancia's iconic 037 – the last rear-wheel-drive car to win the World Rally Championship – will also be on show. Two of those will be Evo 2 specification cars, of which only 20 were made. The mid-engined machines will be joined by the equally legendary Stratos GT4.

"What’s clear from one look at the line-up of Lancias we have at London Concours is just how advanced they were, both in terms of their engineering and their performance," said Andrew Evans, London Concours director.

"Not many other manufacturers could bring together such a diverse line-up of world-firsts, elegant designs and all-conquering motorsport heroes.

"The Lancia Legends class is just one small part of an event that will bring together nearly 100 rare cars into one of London’s most amazing hidden venues this August, capped off with luxury shopping opportunities, fine food and drink and an opportunity for the automotive enthusiasts among us to gather for the first time in six months."