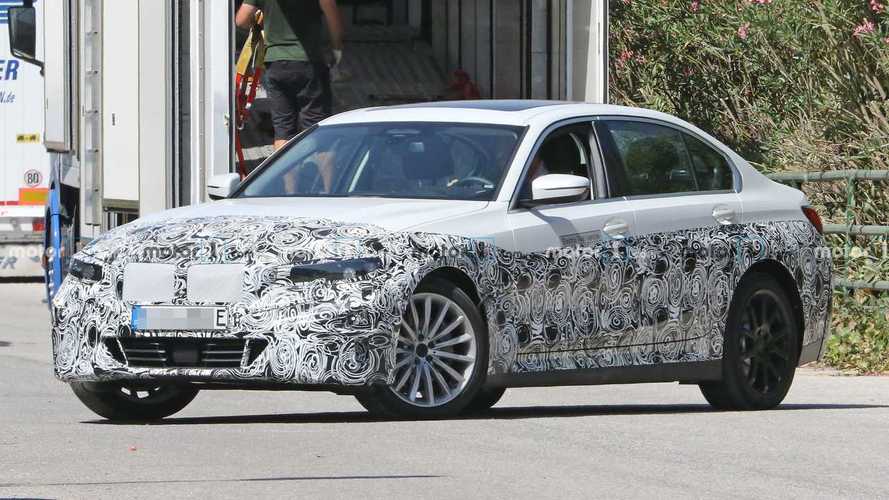 We don’t know when BMW will reveal it.

BMW’s continued push of electric vehicles isn’t slowing down. It’s all part of the company’s plan to launch 12 fully electric models over the next few years. It’s ambitious, led by the iX3 SUV the automaker revealed earlier this month. The plan includes an all-electric 3 Series, and new spy photos show development continues on the saloon.

The latest photos don’t show much, though, with camouflage covering the front and rear fascias, part of the bonnet, and the doors from the beltline down. That means we can’t see the front bumper and grille, though we expect something similar to that of the closed-off one on the iX3. We don’t expect a lot of changes at the rear, but the missing tailpipes and cutouts are noticeable.

If it looks longer than a regular 3 Series, that’s because it is. BMW is building the all-electric saloon on top of the model’s long-wheelbase version. That means this could be a China-only model as BMW only sells the LWB version in the Asian country. The extended platform likely allows the automaker to install bigger batteries, helping extend the range and power while being mindful of the packaging. If that’s the case, then the electric 3 Series could arrive in the US and Europe.

There’s still a lot we don’t know about the electric 3 Series. Powertrain details remain elusive, and we don’t yet know what BMW will call it when it arrives. BMW’s current naming convention suggests it’ll be the i3, slotting below the i4, but BMW uses the i3 name on its compact electrified hatchback, which is rumoured to continue in some form until the 2024 model year. Whatever BMW decides to call it, it’ll go head-to-head with the Tesla Model 3, and you can bet plenty will compare the two when there’s info available, which should be within the next year.