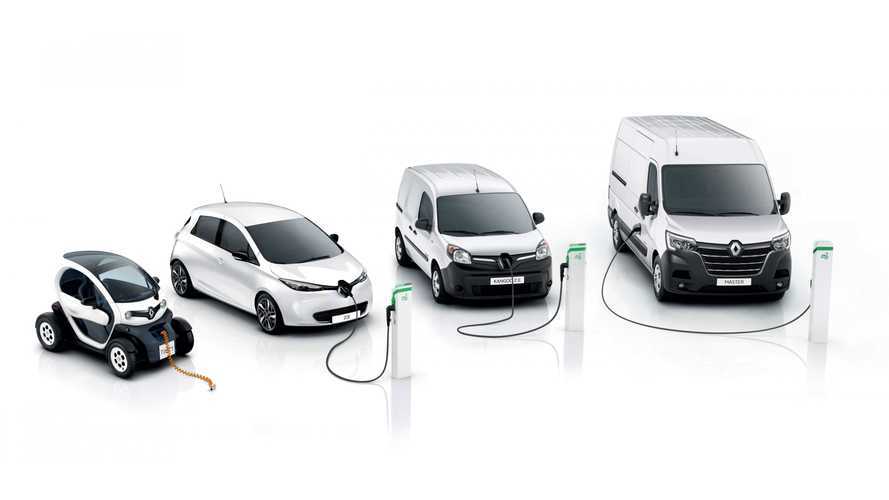 Zoe electric superminis have accounted for most of the sales.

French car maker Renault has now sold more than 300,000 electric vehicles (EVs) in Europe, with Zoe hatchbacks taking the lion’s share. The manufacturer announced the news just a few days after announcing a commercial version of the Zoe, which is aimed at the urban delivery market.

The addition of the Zoe Van brings the number of electric vehicles in Renault’s range to five, with commercial vehicles accounting for most of those. Alongside the Zoe Van, there’s the Kangoo Z.E. van, and the much larger Master Z.E.. At present, the Zoe is the sole conventional passenger car available, but the Twizy electric quadricycle remains on sale.

At the same time, the brand is also selling E-Tech hybrid versions of its Captur and Clio models, while an updated Megane with plug-in hybrid power will go on sale in August. However, these vehicles do not contribute to Renault’s EV sales figures.

As a result, the Zoe is leading the French firm’s EV charge – a model offensive that has been in progress since 2010. In France alone, more than 100,000 Zoes have been sold, accounting for a third of the company’s European EV sales.

The company recently sold more than 1,000 new Zoes to vehicle subscription service Onto, further boosting its numbers. And despite the impact of the coronavirus on new car sales, Renault claims a total of more than 37,500 new Zoes were sold during the first half of 2020. That’s an increase of almost 50 percent compared with the same six-month period in 2019.

The vans are making headway, too, with Leeds City Council recently taking delivery of 122 Renault Kangoo Z.E. 33 models, most of which will be used for a range of council services. However, some will be loaned to local businesses as part of a new trial scheme designed to demonstrate the benefits of EVs to companies.

However, despite the obvious optimism that surrounds the news, EV fans shouldn’t get too carried away just yet. Renault may have sold more than 100,000 Zoes in France in the eight years since it went on sale, but Ford sold almost as many Fiestas in the UK during 2018 alone.

And while 300,000 sales in Europe is undoubtedly impressive, it’s a tiny fraction of the millions of cars sold across the continent over the past 10 years. According to the European Automobile Manufacturers’ Association (ACEA), more than 15 million new passenger cars were registered across the European Union in 2019. And a similar number left European showrooms in 2018.

Nevertheless, EV sales are on the up, with figures from the Society of Motor Manufacturers and Traders (SMMT) showing registrations were up 220 percent in 2019. Battery-electric vehicles accounted for 3.3 percent of the market last year, up from 1.1 percent in 2018.