A fantastic demo of Tesla Autopilot's improvements and shortfalls.

Tesla is constantly improving its Autopilot driver-assistance technology via incremental over-the-air software updates. The company says its cars will be able to drive themselves soon. In fact, CEO Elon Musk is confident that the technology will be capable of Level 5 autonomy by the end of the year. He said in the recent Q2 2020 Earnings Call that his Tesla drives him to and from work each day with very little intervention.

With that said, remember that the features on Musk's car, and any Autopilot test cars that are approaching "feature-complete" Full Self-Driving capability are different than those currently available to the general public.

Just because Musk says his car is almost capable of Full Self-Driving doesn't mean your Tesla is also capable. Also, Musk is likely driving the same busy route every day. A route in California near the Fremont factory that gets loads of Tesla traffic. The cars have been "learning" the area for years, so it's not representative of how a Tesla may fare on unknown roads and tricky situations. Over time, features will be added and it will be improved, but it is in no way a Level 5 self-driving car at this time. 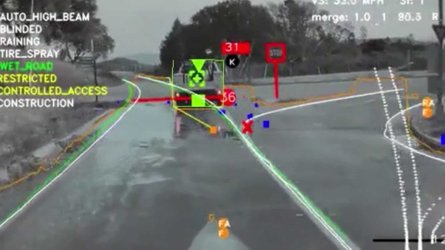 The video above is probably the best we've seen to prove this point. Tesla Driver takes his Tesla on roads he's never driven before. He wants to test out the technology in tricky environments. As you can see, it performs surprisingly well in some situations that one would expect it to fail. On the other hand, there are some very scary moments. For instance, coming around a curve on a two-lane road with traffic passing close on the other side; the Tesla doesn't slow down enough and almost crosses the line. If he hadn't grabbed the wheel, the results could have been devastating.

Check out the video for an in-depth look at how Tesla Autopilot handles many situations. Then, let us know about your good and bad experiences with the technology. Will Tesla really reach Full Self-Driving capability soon? Let us know in the comment section below.