Why police warnings to British GP F1 fans are serious 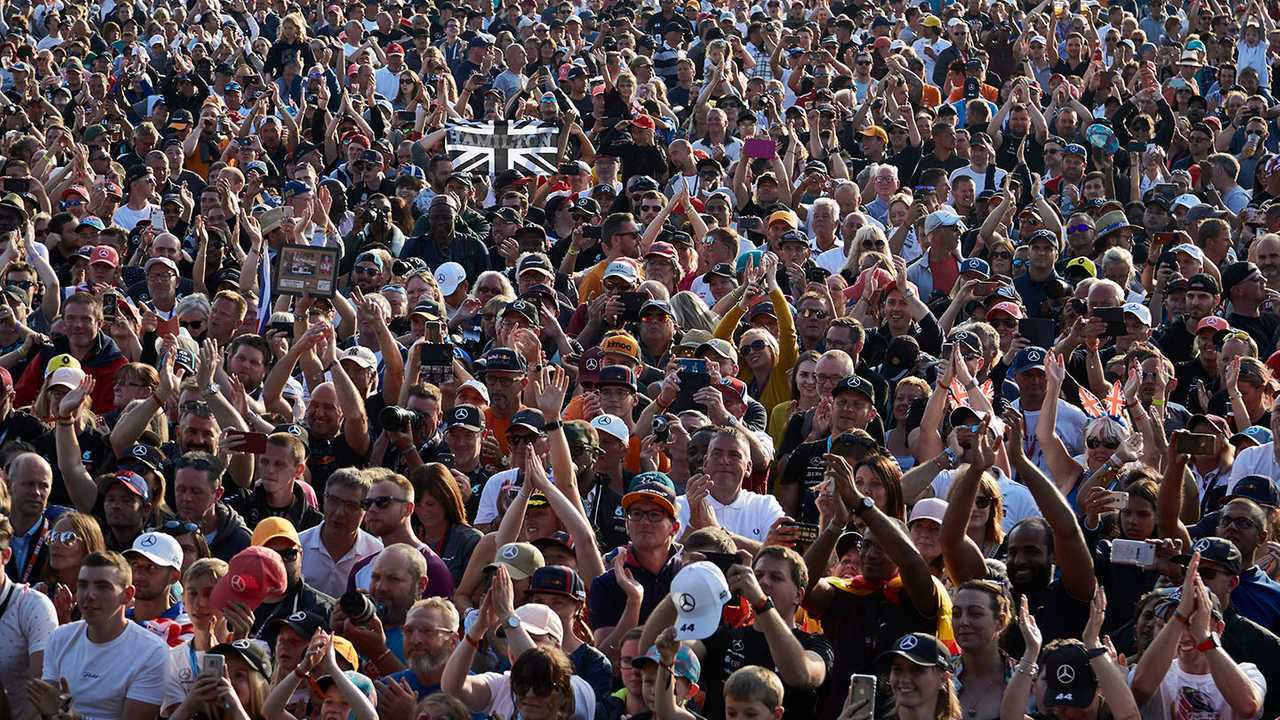 As part of F1's efforts to get in a 2020 season despite the pandemic, Silverstone is getting ready to host two F1 races.

Just over 70 years ago, 150,000 spectators arrived at a former Royal Air Force base in Northamptonshire for what was a major moment in motorsport's history.

The first world championship Formula 1 race might have been an Alfa Romeo walkover - a level of domination even greater than we see today with the mighty modern Mercedes squad - but it ultimately went down as the formalised start of an incredible journey.

From a series of important but essentially unconnected events in the grandes epreuves, grand prix racing expanded into a pre-World War 2 European championship. Shortly after racing resumed following the end of hostilities, Formula 1 (initially known as Formula A) was introduced and then some of the leading GPs were selected to form the world championship, starting with that May 13, 1950 race at Silverstone.

Since then, it has expanded to its current gigantic scale, with events (in normal years) on five continents making up a 20+ race calendar that spreads from March to December.

In 2020 F1 will race at Silverstone twice, the 70th Anniversary GP following next weekend's British GP. It will echo what happened so historically with the first ever repeat race taking place earlier this month at the Red Bull Ring, where the Styrian Grand Prix followed one week after the Austrian GP season opener. This reflects the understandably distorted nature of F1's 70th anniversary year, thanks to the impact of the COVID-19 pandemic.

The reason for the Styrian and 70th Anniversary races existing is all about F1 hitting its targets for the number of races that can feasibly be staged given the tough circumstances of this deeply unpleasant year. Not only are eight races needed to declare a championship result, but the more events F1 can hold, the less it will have to potentially refund broadcasters that pay so handsomely for the right to screen the on-track action. That, in turn, contributes so considerably to F1's coiffeurs - from which the teams' prize money is shared.

So, F1 will be running two races at the home of grand prix racing in Britain - but as with all the rest of the races held this year, they are surrounded by seriousness.

Both the British and 70th Anniversary GPs will be held behind closed doors. But in recent weeks, Northamptonshire Police and Silverstone itself have issued stark warnings to fans, telling them they must stay away and not try to catch a glimpse of the action or the competitors.

It hasn't escaped their attention that F1 screened short shots of small groups of fans sitting on the hillsides at the Red Bull Ring - which it must be said does have different topographical considerations that meant long-distance observation was possible. And while this demonstrates the passion of the fans, showing their efforts may not have been the wisest move...

The warnings to stay away from Silverstone are reinforced by home hero Lewis Hamilton. While recognising the contribution fans make to his performances and how frustrating it is for those who love watching F1 action being denied the chance attend the Silverstone races, he says no one must risk their own safety - and that of others - in 2020.

Getting ready for the race:

"It's not my job to come up with rules and tell people what to do," Hamilton says, when asked about the situation regarding police warnings for the British GP by Motorsport.com during last weekend's Hungarian GP.

"What I see on TV is people out trying to live their lives during this difficult time, but this thing continues to spread. So, I always just try to encourage people to keep their distance and remain at home.

To try and ensure nobody without permission can get near the Silverstone events, Northamptonshire police will create an 'exclusion zone' around the site. This does not mean local residents or staff at Silverstone Park will be prevented from accessing their homes or workplaces, but demonstrates how event organisers are clamping down on unauthorised access.

"And us holding an event, which we're really trying to remain [focused] and always keep our distances from everyone whilst we're doing our job - I can understand people will want to go and watch from a distance, just to get the sound of the car or to get a sneak peek of the car. But if that means that you're in a crowd of other people, that's definitely not a good thing, and I wouldn't advise that."

Any potential for viewing into the circuit from perimeter roads will be closed, while local traffic control measures will be put in place at either end of the Dadford Road, which leads to the main Silverstone entrance. Nearby laybys will be closed to discourage anyone planning on abandoning their cars and trying to walk close to the track, the footpaths at the rear of the site will also be closed and any cars parked in laybys will be removed. The airspace over the track is also closed to anyone attempting to fly drones - a serious problem for modern sporting events even in 'normal' years.

"I want to reinforce our previous messages - there will be an exclusion zone around the circuit and F1 fans must not travel to it, but should instead join the millions watching the races on TV," says Northamptonshire Police superintendent Dennis Murray, the event commander for the two Silverstone races.

"My officers will be out and about to target anybody intent on committing crime and there will be teams of officers tightly controlling the area. It will not be possible to watch the race from the perimeter fences and anybody attempting to do so will be removed."

'Elite sport' is an important definition when it now comes to hosting events such as the British and 70th GPs in the UK. There are certain dispensations that have been applied for professional sports as the pandemic has progressed, examples of which led to the resumption of football's Premier League and English cricket's summer test series.

But these must be held under strict conditions, and it's the same with F1 action taking place. The work completed within Silverstone's walls is governed by the FIA's Return to Motor Sport guidelines, but everything outside the track's immediate perimeter must be tightly controlled by organisers. This is why the track and Northamptonshire Police have been so stark in their warnings.

"The government requirement is that you can run this event if people are not present," explains Silverstone managing director, Stuart Pringle. "It therefore flies in the face of that completely if we allow people to be present - and that includes congregating at the front gate to see whether they can catch a glimpse of drivers coming in and out. [And] you won't because they're staying on-site in motorhomes, the vast majority of them.

"The plan we've put together is to comply with the government requirements. And we are doing it and we're doing a thorough job. We're just getting the messaging out there - get it out early, get it clear and get it backed up with a bit of authority - so that everybody knows you're serious."

There are two takeaway points from the words of the world champion, chasing a seventh win on home soil in 2020, the Northamptonshire Police superintendent and the Silverstone boss.

F1 fans in the UK simply must not be tempted to sneak a visit to the home of the British GP even though movement restrictions have been eased and because a grand prix is a largely-outdoor event.

Not only does it risk the cancellation of the event itself, but above all else, anyone tempted to do so would be risking their safety and that of others.