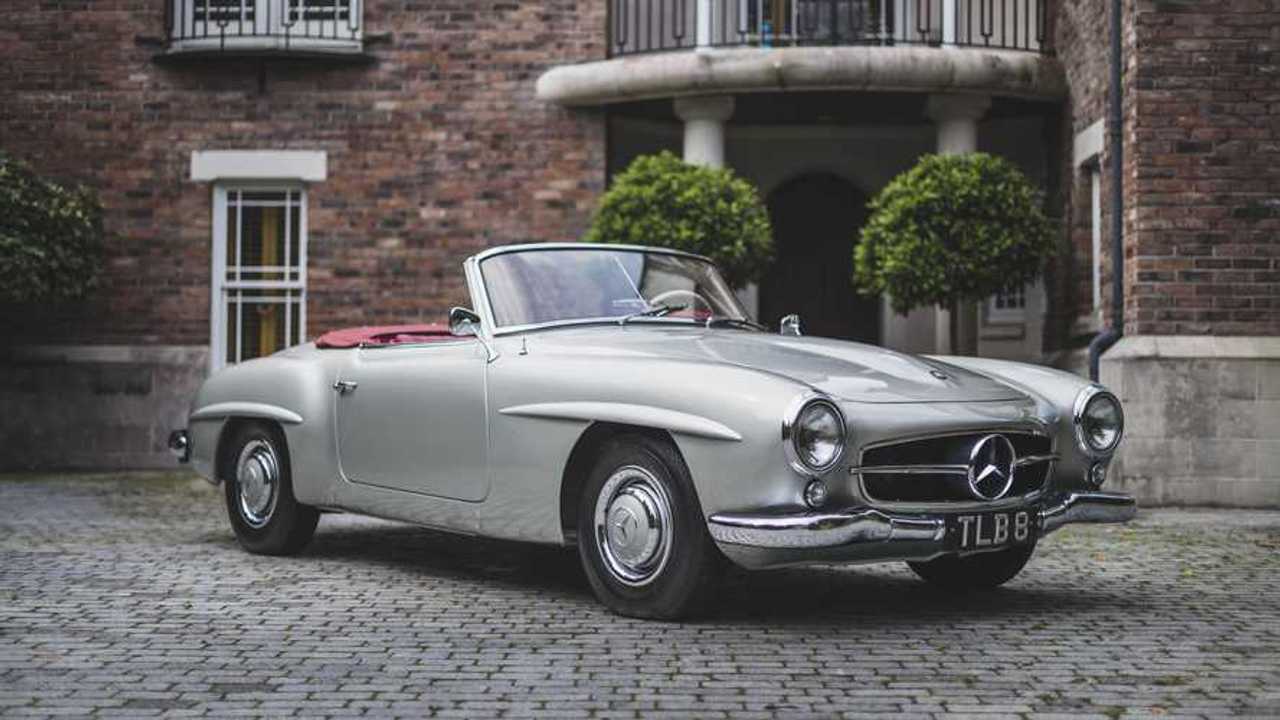 Only four are thought to be in the UK.

A rare Mercedes, thought to be one of only four in the UK, is currently in an online auction and could sell for as much as £200,000.

The completely authentic 1955 Mercedes-Benz 190SL Roadster is being sold by online classic car auction specialists The Market, in a sale that is set to end on July 29.

The car is an early example, being the 729th car out of a production run of 26,000 over nine years, and has been restored over a period of two years to what has been describes as a 'better than new' condition.

"This car is 65 years old and still in a staggeringly good condition," said Tristan Judge, director, The Market. "The overall fit and finish is way better than it ever would have been in period with some of the best shutlines and panel alignment we have ever seen on any car at any price.

"The exacting approach of the restoration process marks this out as not only the best early 190SL of its kind in the UK, but possibly one of the most accurate and correct in the world."

The two-door, luxury grand tourer is powered by a 1.9-litre, 104 bhp engine helping it to a top speed of 109mph, a mightily impressive figure for its day.

Early cars like this came with a two-part dashtop, Gullwing seats, smaller rear lights, clear front indicator lenses, and correct boot handle and number plate lights. They notably didn't have chrome in front of the rear wheel arches or a clock.

Its no-expense-spared restoration was carried out by marque specialists Redcastle Classics and was completed in September 2012 after two years of hard work with included the fitting of a new black folding roof and a bodywork respray.

Subtle modifications have been made too, such as having its seat runners lengthened to accommodate a driver of up to 6’6” in height, and having a sound system installed with a Kenwood Bluetooth head unit sitting behind the original Becker Europa radio, and speakers fitted deep in the foot wells, with a high-power amplifier and sub-woofer under the seats.

The car, finished in silver with a red leather interior, was given pride of place at a Mercedes-Benz UK celebratory procession at Brooklands in 2015 and is also completely eligible for the prestigeous Mille Miglia.