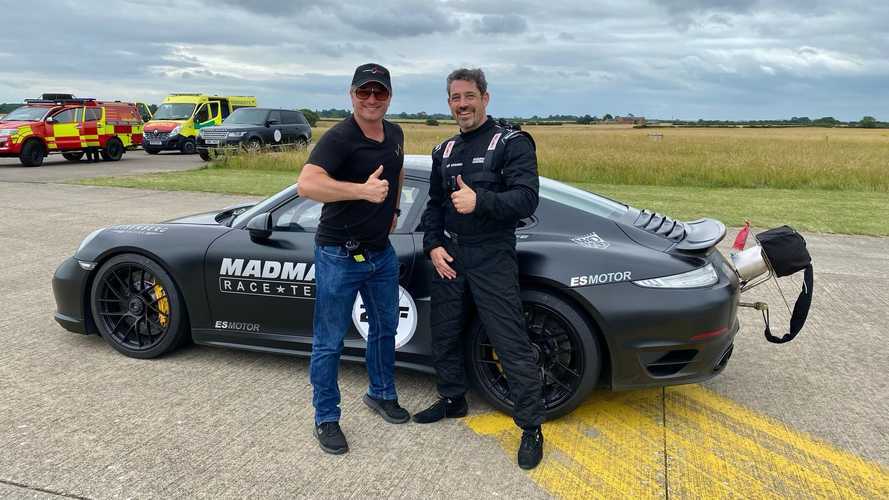 On July 18 2020, multiple world speed record holder Zef Eisenberg secured even more records in his 911 Turbo in a run in which he achieved a top speed of over 240 mph.

Singer Octagon Commission 911 looks delicious, inside and out

The records achieved were:

In less than a decade, Eisenberg has achieved over 70 British, World, UKTA, ACU and Guinness speed records, not just in cars, but on bikes and quad bikes too. The latest speed record smashes his previous best top speed of 223.4mph set in the same Porsche at Pendine Sands in May of last year – a run where he became the fastest man to drive a car on sand.

"The hardest part of the build was making sure that the Porsche 911 remained fully road legal," said Eisenberg. "This is no trailer queen or stripped out race car the interior has been kept as standard with its luxury full leather interior trim, road tyres, air con etc, plus road legal exhausts.

"The only difference is that it features a full FIA sanctioned 6-point roll cage, race seats and 6-point harness, door bars and carbon cup race doors, a very powerful race engine and a newly fitted parachute.

"The team have worked tirelessly on the engine to ensure that it can withstand 3 miles of full power with well north of 1000hp at the wheel, which is no mean feat for a road legal car.

"Much work has been done to still make it safe and road legal," he continued. "We had to ensure that it still had the ability to drive in traffic jams without overheating and that I could actually drive to the event and fill her up at with regular unleashed along the way.

"There's even room for a cup holder between the roll cage for my takeaway coffee! It’s a 240mpg, 1820kg, one off Porsche built by us.

"We just need to turn up the power and increase the speed even more at a big speed record attempt in September."