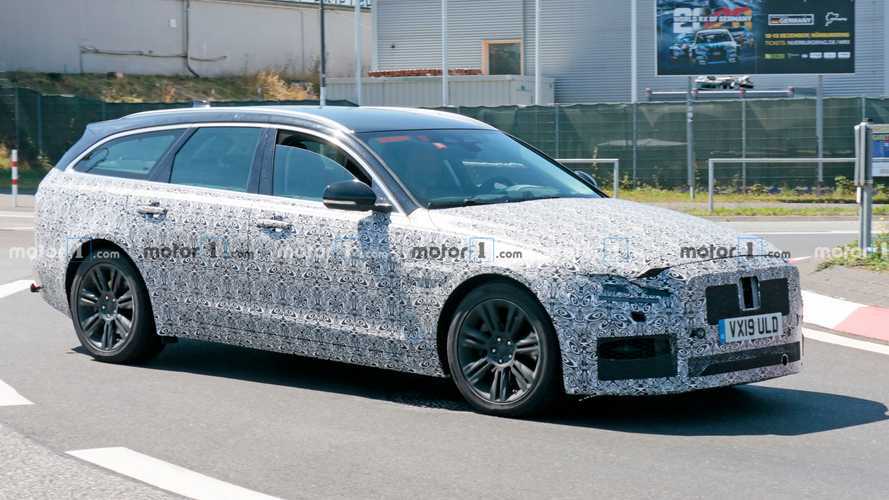 Come on, just reveal it already.

Taking a look back at our archive, we’ve been spying the refreshed Jaguar XF for almost a full year now. Judging by these new spy shots of the XF Sportbrake, it almost looks as if the engineers of the British company are not making any progress in the development of the model.

Caught entering the Nurburgring track in Germany, this prototype looks virtually identical to the test car we spied for the first time in September last year. Even the camouflage pattern seems to be absolutely the same with many details covering the front fascia matching between the new prototype and the one from 10 months ago.

Even despite the camouflage that’s covering most of the exterior, we can tell there should be a pair of thinner headlights at the front, and a more prominent grille. Inside, the refreshed XF estate should see a boost in quality and features, borrowing from the Jaguar I-Pace, including a new steering wheel and a secondary screen for climate controls.

It’s difficult to predict what’s going to be available for under the bonnet but there are rumours that the 380-bhp (283-kilowatt) supercharged 3.0-litre V6 engine could be discontinued. This could leave the base 2.0-litre inline-four as the only petrol engine for the model. Depending on the region, there should also be a six-cylinder diesel, too.

Jaguar is currently working on a number of new products - including the refreshed F-Pace - and we expect the facelifted XF Sportbrake to break cover in several weeks from now. It should go on sale before the year’s end as a 2021 model.