Norris happy to see Russell make an impact with Williams 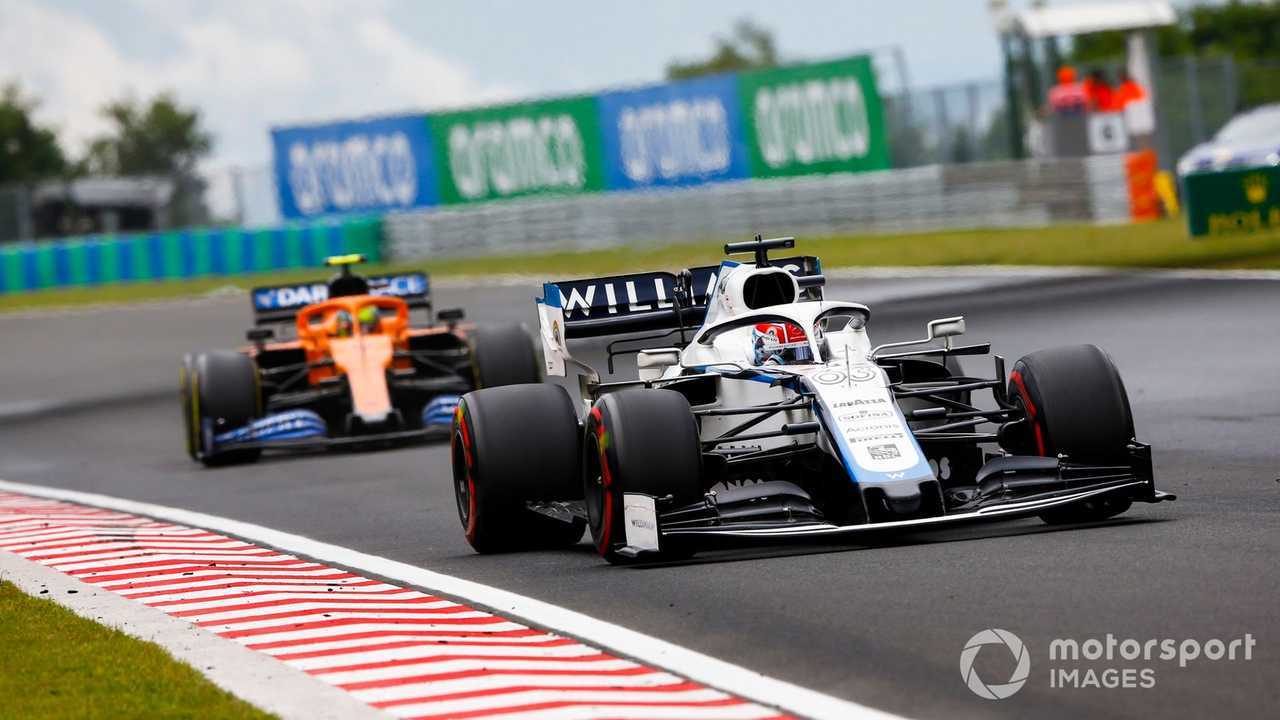 Norris admits he “felt sorry” to see his countryman struggling at the back of the field last season.

Russell was 12th in the wet qualifying session for the Styrian GP at the Red Bull Ring, and then repeated that outcome in a dry session in Hungary last weekend.

He had little luck in either race, with an early off in the Styrian event and a poor start hampering his chances, but nevertheless his qualifying performances have been a timely reminder of his talent.

“I’m definitely happy for him, that he’s at least having a chance to be able to race with some people,” said Norris when asked by Motorsport.com.

“I felt sorry for him last year, because he’s a nice guy, I get along well with him. He’s a very good driver. So where Williams were last season, it’s just disappointing to see him in that position.

“Williams in pre-season testing already made a big jump, and they looked pretty competitive from the off. They weren’t that far off of what we could do. So we were always expecting them to be quite quick [in Hungary].

“In all of our calculations we will expect them to be a competitor and people that could knock us out come Q2 or Q3, even. He obviously did a good job anyway.”

Russell has had to assume the role of the team leader at Williams in only his second season in F1, with rookie Nicholas Latifi stepping up from F2 to replace Robert Kubica. Norris believes Latifi’s lack of experience in F1 makes it difficult to evaluate Russell's performance.

“So yeah, I guess that’s the only thing that’s hard to say how good of a job he’s doing. But at the same time it’s good to see that he’s up there, and Williams are back, competing for positions.”