Nissan Sunderland hands over production of PPE to local prison 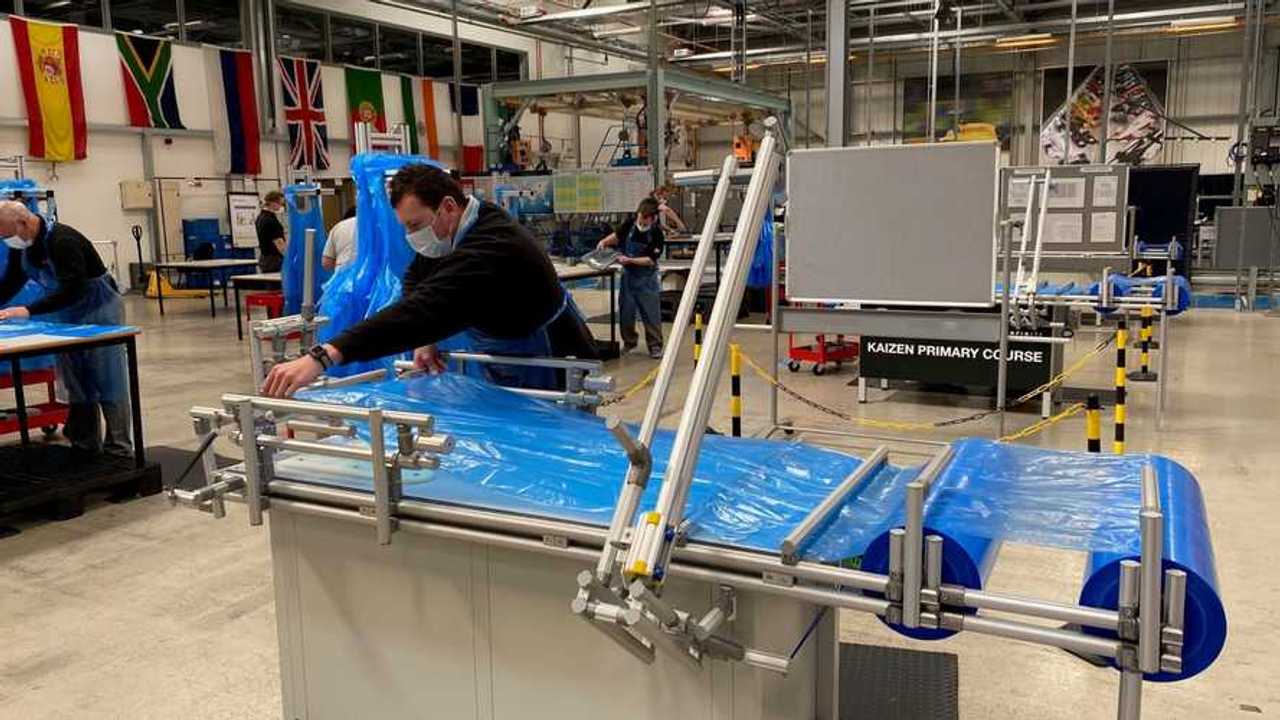 The company's team of 57 has made more than half a million aprons for health services.

After making more than half a million plastic aprons for the NHS, Nissan has moved PPE production out of its Sunderland factory. Manufacture of the vital equipment is now being transferred to a prison just up the coast, having been made in the Wearside plant for just under three months.

Back in April, with lockdown in full swing, the company turned over part of its factory to the production of protective aprons for NHS workers. That followed the news that part of the production line was being used to distribute 3D-printed masks around the country.

At the time, Nissan said the decision to make aprons was taken after a request from the Royal College of Nursing and the Unite union, which asked UK manufacturers to use their spare capacity to help the coronavirus effort. At first, Nissan said it hoped to make 18,000 of the tear-resistant polythene aprons a week, but it hoped to increase that to 70,000 a week quite quickly.

Now, with more than half a million aprons made and sent out to health care workers, the company is restarting production of its Juke, Qashqai and Leaf models, and has passed on the PPE baton. The work will now move to HMP Northumberland, near Alnwick, Northumberland.

There, a team of staff and residents hope to produce 40,000 aprons each week, after receiving training from Nissan’s 57-strong team. Nissan’s volunteers have not only shared their expertise with the prison, but also donated the equipment needed to make the aprons.

“Both HMP Northumberland and Sodexo Justice are delighted to be taking over this project from Nissan,” said Samantha Pariser, director of HMP Northumberland. “Not only is it great to be giving back to local and regional NHS trusts and care homes, but it’s also a fantastic opportunity for our residents within the establishment to learn new skills which will help them once they have been released, while also decreasing the likelihood of reoffending.”

Meanwhile, Alan Johnson, vice-president for manufacturing at Nissan, said he was proud of the factory’s response to the coronavirus crisis.

“I’m extremely proud of the way the team at the plant answered the call to produce PPE for our front line workers,” he said. “Producing more than half a million aprons in such a short period of time demonstrates the skill, ingenuity and dedication of our team at the plant. As a team we are delighted to hand over the apron manufacture to HMP Northumberland so they can continue the work that’s already been started.”