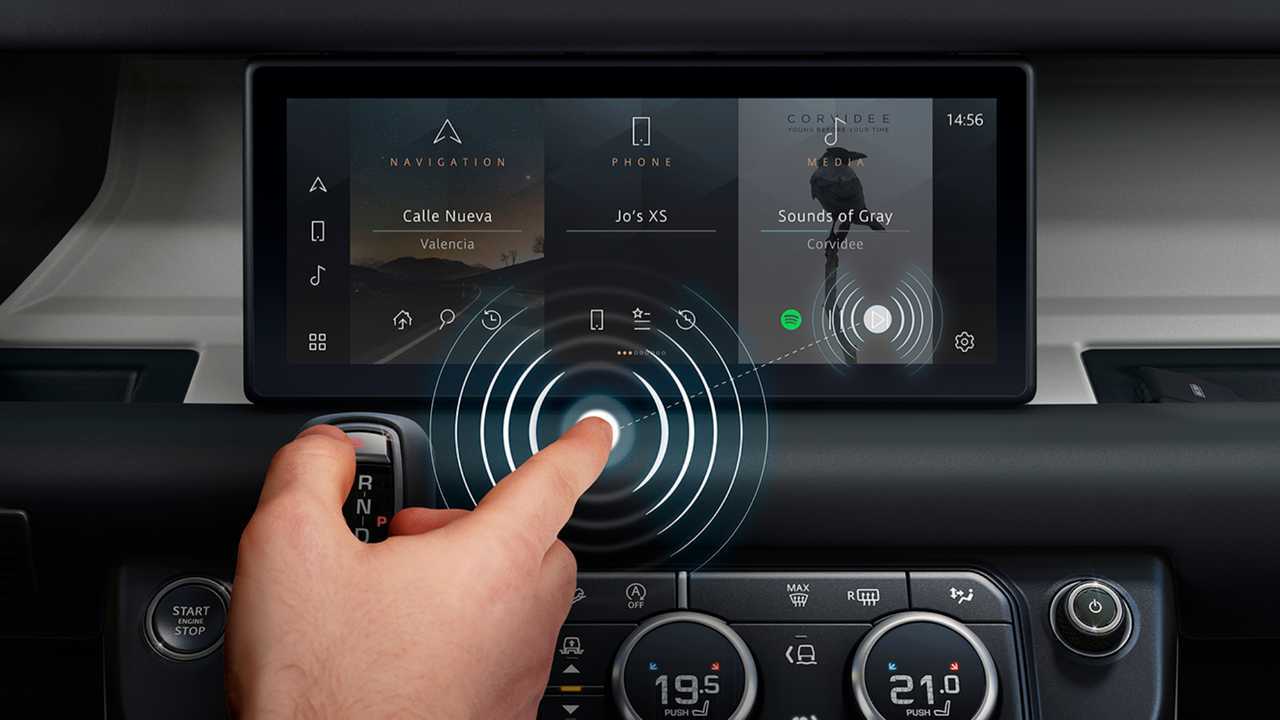 The company claims the screens also reduce distraction for drivers.

Jaguar Land Rover claims to have developed contactless ‘touchscreens’ designed to help “reduce the spread of bacteria and viruses”. The British car manufacturer, which created the system with help from the University of Cambridge, also claims the systems will improve safety by keeping drivers’ eyes on the road.

The technology uses artificial intelligence and sensors to predict where the user’s finger would land on the screen, without needing any contact. Jaguar Land Rover (JLR) says its lab tests showed the technology can cut a driver’s touchscreen interaction effort and time by up to 50 percent, as well as limiting the spread of bacteria and viruses.

It’s technology JLR believes will have value in the coming months and years, as it thinks “greater emphasis” will be placed on safer and cleaner cars, in which “personal space and hygiene will carry premiums”.

And the firm claims the system will also allow drivers more time to concentrate on the road, as conventional touchscreens can be fiddly on uneven surfaces. The car maker says this means drivers using existing touch technology must take their attention away from the road ahead, increasing the risk of an accident.

“Touchscreens and other interactive displays are something most people use multiple times per day, but they can be difficult to use while in motion, whether that’s driving a car or changing the music on your phone while you’re running,” said Professor Simon Godsill, from Cambridge University’s department of engineering. “We also know that certain pathogens can be transmitted via surfaces, so this technology could help reduce the risk for that type of transmission.”

Meanwhile, Lee Skrypchuk, human-machine interface technical specialist at Jaguar Land Rover, said the technology could be used in other areas, as well as the automotive sector.

“As countries around the world exit lockdown, we notice how many everyday consumer transactions are conducted using touchscreens,” he said. “Railway or cinema tickets, ATMs, airport check-ins and supermarket self-service checkouts, as well as many industrial and manufacturing applications. Predictive touch technology eliminates the need to touch an interactive display and could therefore reduce the risk of spreading bacteria or viruses on surfaces.

“The technology also offers us the chance to make vehicles safer by reducing the cognitive load on drivers and increasing the amount of time they can spend focused on the road ahead. This is a key part of our Destination Zero journey.”