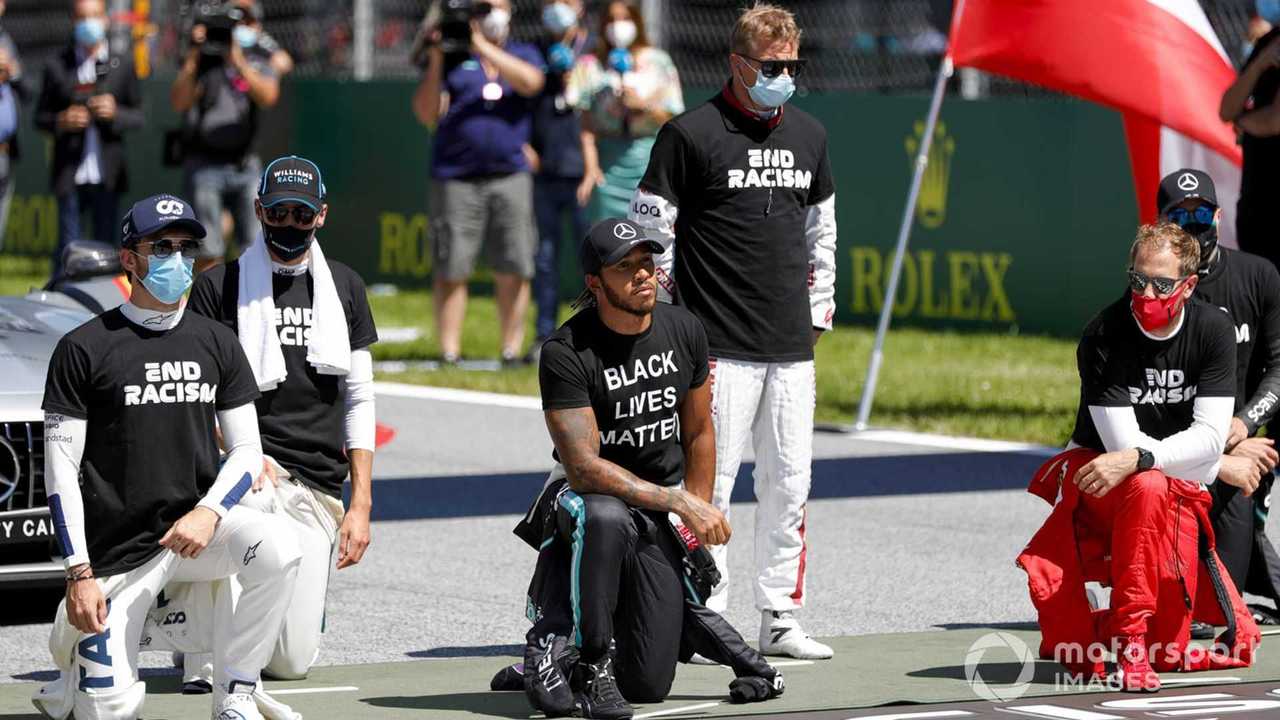 Vettel has joined Hamilton in calling his F1 peers to better organise the pre-race kneel as part of the sport’s anti-racism messaging.

Time was set aside in the Austrian Grand Prix schedule to allow drivers to kneel if they wished, noting the ongoing protests and activism around the world against racial injustice.

But for the second and third races of the season, no time was set in the schedule for a kneel or show of support, leading to a rushed and unorganised gesture.

Mercedes driver Hamilton called on F1 to give its drivers a better platform to cement the sport’s anti-racism messaging, and confirmed he would talk with Chase Carey and Jean Todt this week about the matter.

While six drivers opted not to kneel at any of the races, others expressed uncertainty during the regular briefing on Friday about continuing the gesture beyond the initial Austria event, including GPDA director Romain Grosjean.

Vettel is also a director of the GPDA and spoke to Hamilton about continuing to kneel after the briefing, and has now called on the drivers to talk about how they can better-organise the pre-race gesture.

“What you see is what the situation is,” Vettel said.

"Today [there] was very, very little time, everything was a bit rushed. I think drivers were just about to arrive.

“[There was time] to do whatever every driver individually decided to do, but in the end, they were starting [the national anthem].

“I think going forward, it's probably true that we need talk amongst ourselves a bit better, so hopefully we can sort it out.”

Hamilton spoke to Haas driver Grosjean about not wishing to continue the kneel, and said the Frenchman was the “one that thinks we did it once and that is all we need to do”.

Haas F1 team boss Gunther Steiner said it was up to Grosjean to decide if he wanted to continue to kneel or not, and that it would not undermine any anti-racism message.

“I think it's everybody's decision what to do. I know Romain very well and for sure he supports it,” Steiner said.

“But there is also the question, how long do we do this? You show your support and we support him completely as a team and as human beings. It is everyone's own decision what he wants to do with it and how long he wants to do it.

“I think we are all up for it, but we have done that, and if somebody decides not to do it anymore, it doesn't mean that he is not against racism.

“We should be conscious of that one as well. It's a free world. We respect everybody in the world, and we have done it, Romain has done it.

“It is his own decision what he does going forward.”