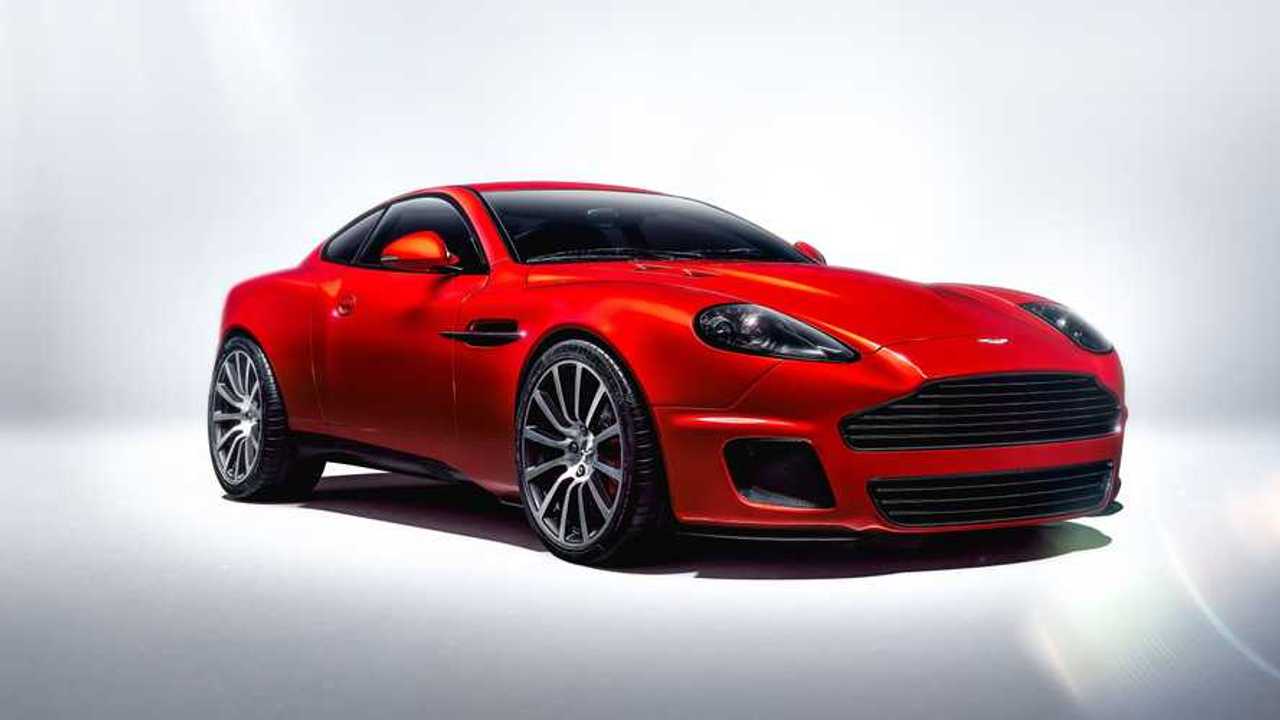 Former Aston Martin designer Ian Callum has revisited one of his most beloved creations.

The production version of the Aston Martin Callum Vanquish 25 has been revealed, showing an evolved version of the revisited concept first shown nine months ago.

Based on the iconic first generation Aston Martin Vanquish originally designed by Ian Callum, the Vanquish 25 features a revised interior, more trim options and definitive chassis and powertrain set up.

All-in-all, there are over 350 design, engineering, and material changes to the car, implemented after 20,000 miles of vigorous testing on UK roads and Michelin's Ladoux proving ground.

When it comes to the car's howling 580 bhp V12, the engine bay has been detailed with carbon and leather dressing, with a new bespoke carbon intake system also being fitted with tuned equal length stainless steel primary collectors.

The cars are being produced by R-Reforged, part of the AF Racing Group's R-Universe group of brands that also includes the R-Motorsport racing team that runs Aston Martins in international competition.

"After a year of piling on the miles in our development prototype, I’m confident we’ve hit the targets we set ourselves of a very responsive but supple car," said R-Reforged's head of engineering, Adam Donfrancesco.

"There was a perception that much of what we planned was aesthetic but the way the car drives, feels, goes, stops and sounds is actually where a lot of our efforts have been focused.

"We’ve defined a set up that finesses the composed, big Aston Martin GT feel but sharpens and hones it in line the progress that new tyres, suspension and knowledge brings.

"It’s got to be a car you want to use and be adaptable; laid back and comfortable enough to soak up a 300-mile trip across Europe but equally engaging and rewarding on a 20-minute run to meet friends at an informal cars and coffee meet.

"That versatility and accessible performance is something many contemporary GTs lack. We have all missed the chance to just go for a drive for pleasure in the past few months. This is now the car to make the most of those precious times."

Customers will have the opportunity to spec the car in sessions with Ian Callum himself, either remotely or at the Warwick facility where the car is assembled. There are literally limitless exterior colour options, plus a choice of eight interior trims – with leather trim provided by Bridge of Weir Leather Company. In what is an industry first, the car also comes with a removable pocket watch from Bremont and a bespoke luggage set from Mulberry.

"The designers, engineers and craftspeople have poured all their energy into breathing new life into the car, pushing the boundaries of every detail: flawless surface finishes, tight shutlines and a crafted interior I believe you’ll enjoy spending time in," said Callum. "I’m particularly impressed with how it drives. From the lower, more sculpted and cossetting seat, the crisper steering with enhanced feel to just the glorious way it sounds, I think we have created something quite special."

"Too often design studies are revealed only for them to disappear, or for deliveries to end up being years later, leaving customers disillusioned about the viability of coachbuilding such cars," he added. "With partner R-Reforged, we have delivered on our promise with the first cars in build in September.

"It’s been an unpredictable time for the entire world but it’s now an exciting moment as the refreshed cars come to life in our workshops."