Williams to bring 'powerful' British GP upgrade for both cars 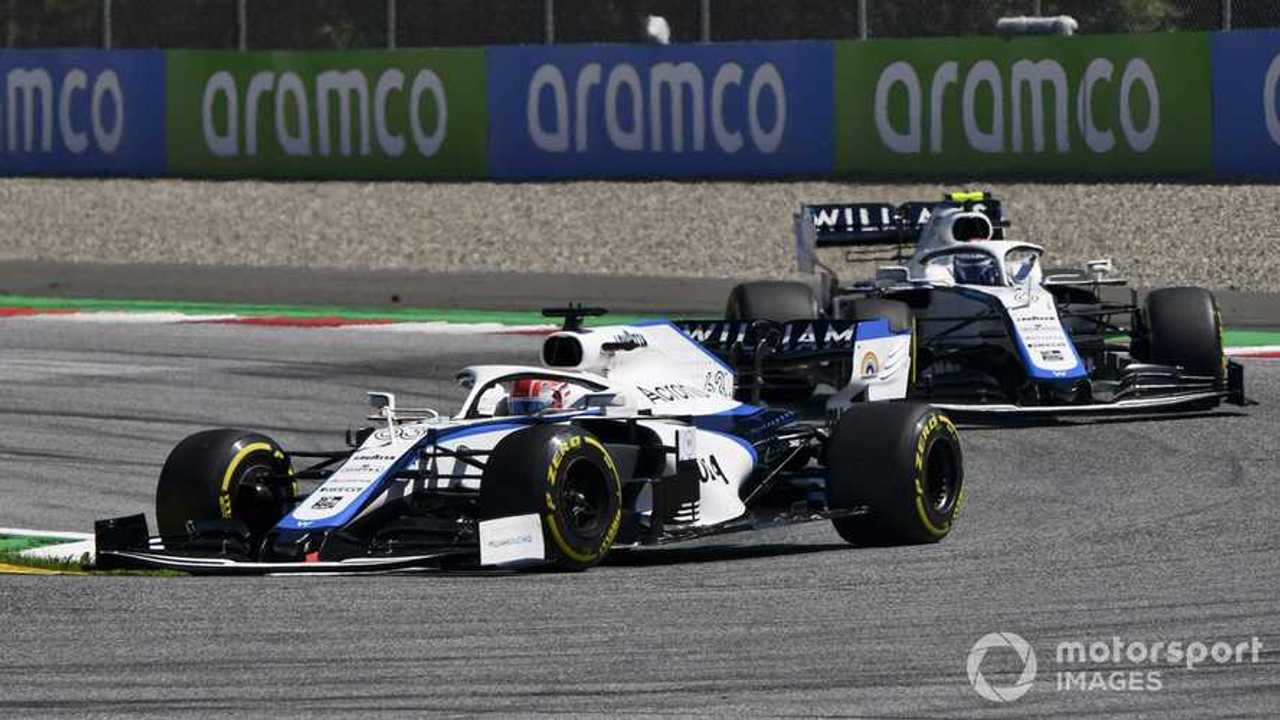 Williams will hand both its F1 drivers a "powerful" upgrade for the British GP which it has been alternating across its cars so far.

George Russell got use of the developments for last weekend’s Hungarian GP and proved its potential as he secured 12th place on the grid, outqualifying the Red Bull of Alex Albon.

While the team is still struggling to understand why its race pace is not as strong, the low fuel performance has been encouraging so far.

Williams’ head of vehicle performance Dave Robson reckoned that the parts, which Russell used in Austria and Hungary, were key in helping the Briton shine on Saturday at the Hungaroring.

“It is quite powerful here, so probably Nicholas was always going to find it a little bit harder here relative to George,” he said.

“That is why he felt the need to really go for broke in a Q2 lap, but it didn’t quite pay off.”

Williams is unable to define exactly how big the advantage of the upgrade is, but knows it is good enough to have decided to get in on both cars from the British Grand Prix.

Asked about the time difference with it, Robson said: “They have been alternating it. We had wet qualifying [in Austria] so it is hard to say, but I think that having both experienced it on and off, they are very convinced that it is a clear advantage.

“So they will both be furnished with it in the next race at Silverstone. But I couldn’t put a number on it.”

The upgrades that Williams has been running are both mechanical and aero.

In terms of the aerodynamic side of things, for the season opening Austrian GP Latifi and Russell used different rear wing configurations.

For the Styrian GP, both drivers were fitted with the spoon-style wing and a new T-Wing design that featured longer endplates. In Hungary both drivers had the higher downforce rear wing and new T-Wing on the car.

For the Styrian GP, the team fitted Russell’s car with a new downwash chassis canard: but oddly only on one side of the car. A second was added on the other side of the chassis for both cars in Hungary.

Of most interest though is that the team has been using a new suspension upright throughout the course of the first three races, which has been alternating across both cars.

As seen in the picture comparison above, the upright’s design not only features a new, slimmer fairing, which will come with some aerodynamic benefits, but it also appears to have altered the geometry of the front suspension too.

This will not only help with the car’s handling characteristics, it will also have an impact on the behaviour of the tyre, from both a performance and durability perspective.

Also worth noting, as shown in this comparison, is the different front wing flap configurations that the team has at it disposal (red arrow).

The middle flap tips have been altered in order that the vortices shed from them work in a different way with the Y250 vortex shed from the mainplane juncture below.