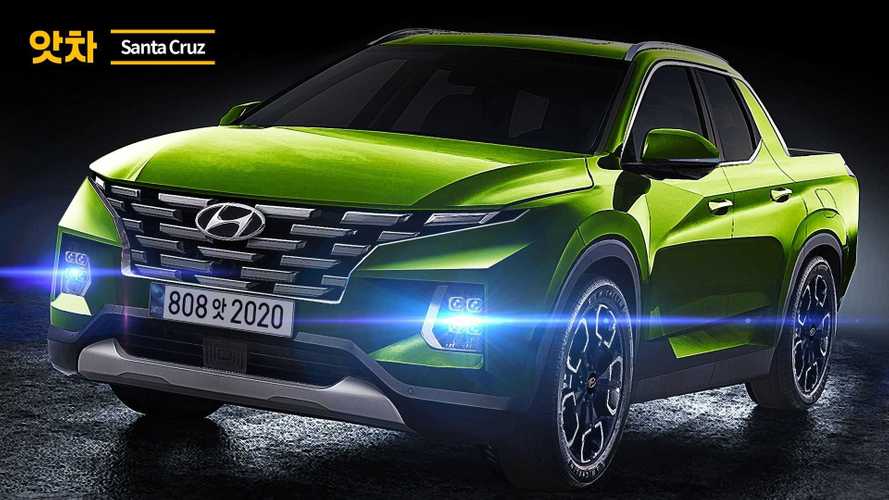 The stylish pickup truck could be revealed later this year.

One of the longest-running pickup trucks in the automotive industry is the Hyundai Porter (H-100 in some markets). It has been around since 1977 and currently in its fourth generation, which has been on sale for about 16 years. While it’s mainly a South Korean affair, the rear-wheel-drive cab-over truck is also built and sold in Algeria, Pakistan, and other markets.

With the Santa Cruz, Hyundai is gearing up to introduce a far more sophisticated utilitarian model with true global appeal compared to the Porter workhorse. Our most revealing spy shots of the stylish pickup from a month ago have now been transformed by AtchaCars into what must be pretty accurate renderings of the unibody truck.

Hyundai’s designs have greatly evolved in recent years from the plain-looking models of the 2000s to stylish saloons like the Elantra and Sonata, not to mention the SUVs such as the Genesis GV80 and Hyundai’s own Palisade. That interesting design DNA will soon be seen on a lifestyle pickup, which by the looks of the spy shots, it will visually stand out in its segment.

The focal point of the design will unquestionably be the front fascia with a rather quirky grille morphing with the upper lights in the same vein as the next-generation Tucson. Speaking of the unconventional lighting setup, the Santa Cruz will adopt the split headlight design as seen on the Palisade. While the back of the truck was mostly camouflaged in spy shots, the disguise couldn’t hide what looked like a fairly small bed à la Honda Ridgeline.

Your guess is as good as ours regarding the interior design, but logic tells us it will share some of the bits with the all-new Tucson coming later this year. The compact crossover is going to adopt a much-improved cabin compared to its predecessor, though we’re expecting the Santa Cruz to eschew some of the fancy stuff for more rugged cues.

The Alabama-built truck will enter production in 2021, some six years after the Santa Cruz concept. It’ll add 1,200 new direct and indirect jobs as part of the $410-million expansion project and might be revealed before the year’s end.