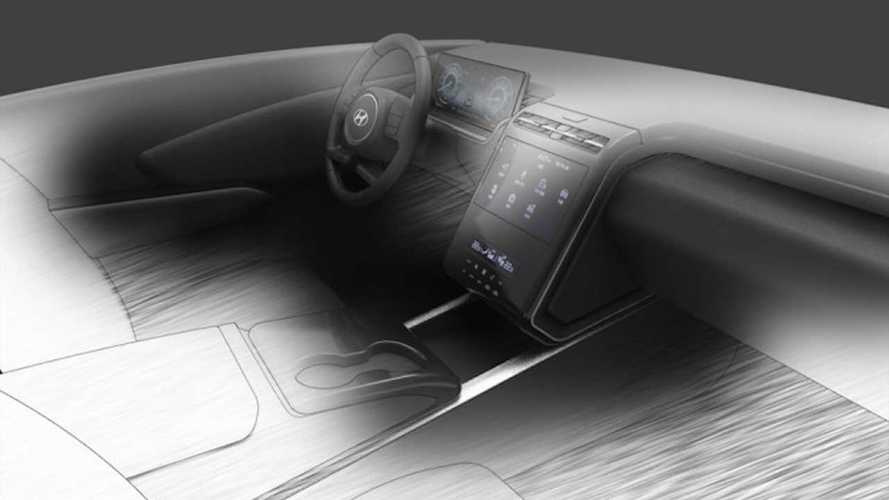 Quite expected but hey, it's a huge improvement.

By now, you're probably aware that the Hyundai Tucson will get a next-generation version for the 2021 model year. The Korean compact crossover has been spied numerous times as early as August last year, and several renderings that bear its new face have already come out.

Of note, Sangyup Lee, head of the Hyundai Design Centre, touted that the next-gen Tucson's design will freak us out, while Andrew Tuatahi, Hyundai’s product planning manager, claims that the 2021 Tucson is "very interesting visually."

While the exact date of the next Tucson's isn't out yet, we discovered an alleged teaser sketch through a French forum called World Scoops. The sketch (shown atop this page) exposes the alleged new Tucson's interior, which looks to contain a lot of display screens – on the centre of the dashboard and on the instrument cluster.

This is akin to the next-generation of MBUX that we'll see in the 2021 Mercedes S-Class, which was officially reviewed earlier this month.

Hyundai, however, denied releasing the said sketched interior teaser. "We have not released any teaser of the next generation Tucson. So we cannot confirm," according to the automaker.

2021 Hyundai Tucson spied holding nothing back at the Nurburgring

While the credibility of the alleged official interior sketch is questionable at this time, we can't deny that it highly resembles the spied interior images that other sites reported last month. If ever the proposed screen-infested cabin transcends into the production-spec, we won't be surprised either, considering that a lot of automakers have already adopted the tech-filled future of cars.

We'll know more about the next-generation 2021 Hyundai Tucson by the end of this year. As mentioned, though, no exact month or date has been set yet, so just continue to watch this space for further updates about the Korean compact crossover.