Supercar Blondie paints her Rolls-Royce neon green with a pendulum 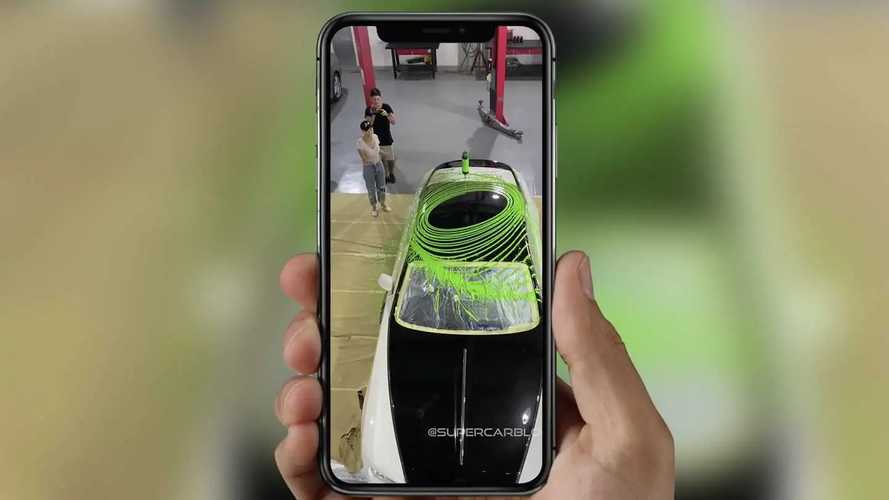 Warning: This is painful to watch.

Say what you want, but Supercar Blondie must be doing something right with her videos. The famous Australian vlogger has four million subscribers on YouTube right now, which isn't a cakewalk. That popularity also comes with a lot of criticisms, but we're pretty sure she'll get more of that after this video she posted on her Facebook.

So apparently, Alexandra Mary Hirschi (her real name) wanted to add something to her black-badged Rolls-Royce Wraith, and she did so by trying pendulum painting. For the uninitiated, pendulum painting has been tried on cars before, but it is remotely different from what Hirschi did on this video.

Of note, this Wraith is relatively new in her hands. After a quick search, we found out that she only received this car back in May – or at least the video documenting the delivery was uploaded early in that month.

This coupe, however, is essentially destroyed now because of Hirschi's dismal paintwork. Although, we suspect that this is just a ploy for another video, made to trigger people and then entice them to wait for the next one. You can see that with the tagging done on Facebook and really, you can't expect someone to just really destroy a £300,000-car this easily.

We're betting this is just a marketing ploy:

Supercar Blondie unveils the new supercar she bought in Dubai

Whatever Supercar Blondie's plan is, we do hope that the neon green paint on the Wraith is peelable. We've seen plenty of hate on the post's comments section as of this writing, and they have the right to feel so. But this is her own car, too, so each to their own.

Pendulum painting, when done beautifully, could result in something like the video below. While not perfect, it wasn't as horrifying as the one above.