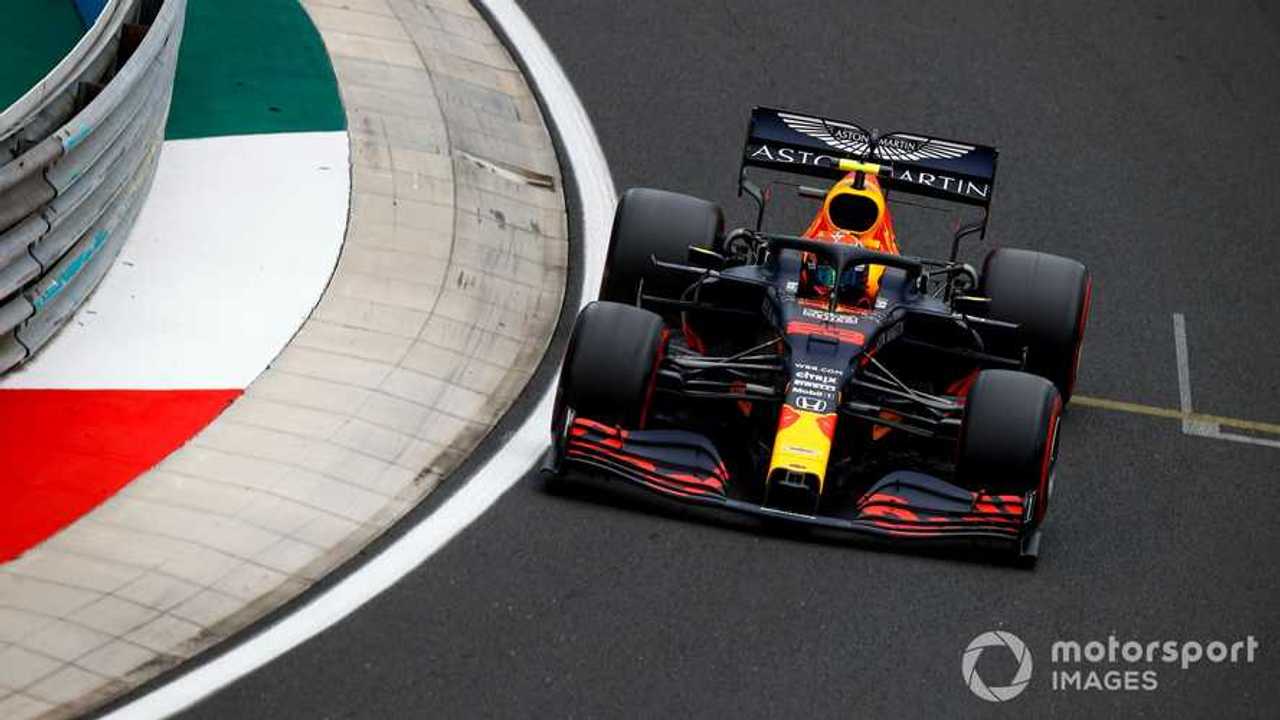 Albon has kept his 5th-place finish in the Hungarian GP after Red Bull was cleared of attempting to dry his grid slot before the race.

The teams had been reminded by race director Michael Masi before the race that they were not permitted to artificially dry the track by any means.

The stewards announced during the race they would investigate Red Bull over the incident, citing a possible breach of Article 22.3 of the sporting regulations.

Article 22.3 of the regulations reads that "other than by driving on the track, Competitors are not permitted to attempt to alter the grip of any part of the track surface".

But after meeting with a representative from Red Bull after the race, the stewards found the team had not actively tried to dry the grid slot as accused.

"The stewards reviewed video evidence and came to the conclusion that the competitor did not attempt to alter the grip of the track surface," the FIA bulletin reads.

It means Albon keeps his fifth-place finish and 10 points scored in the final classification.

Red Bull F1 chief Christian Horner said prior to the decision there had been no intention by the team to dry the grid slot.

"I don't think there's been anything intentionally done," Horner said. "I haven't spoken with the team manager yet. I hope that it's a non issue.

"But obviously somebody has reported it. So I'll wait to hear from the team manager."

This case was the first time the stewards had reviewed possible grid drying since late race director Charlie Whiting issued a clarification after the 2017 Malaysian Grand Prix.

Complaints over grid drying and a possible breach in the regulations prompted Whiting to sate teams were not permitted to use the leaf blowers to dry the grid slot ahead of the next race in Japan.

In the event of rain and with permission from the race director, teams are allowed to erect tents over their cars to keep them and the grid slot dry ahead of the race.