Shaving off 10 kilos from overall weight isn't so easy

Back in February, Honda gave the Civic Type R a much-needed update in Chicago. Along with the refreshed red-badged Civic, the Japanese marque also debuted the Limited Edition Civic Type R, aimed at reclaiming the record at the Nurburgring that it once held.

Apart from the new fascia, part of the traits that the Civic Type R Limited Edition has is its lightweight construction. To achieve this, Honda had to remove the sound-deadening and rear heater ducts to save 12.7 kilograms (28 pounds), while the wheels have been upgraded to a set of forged BBS aluminium wheels wrapped in Michelin Pilot Sport Cup 2 rubber. The latter shaved off 10 kg (22 lbs), according to the video above.

But what's the secret behind the forged BBS wheels? Honda released an official video – a sort of How It's Made to show the recipe behind the revered lightweight BBS wheels. The video's short, but if you don't have time to watch, the process is pretty simple (to say).

As opposed to shaping the wheels through molten metal, forging uses heat and pressure to shape the aluminium – akin to sword-making. This makes sure that the fine-grained structure is strong and lightweight, eliminating the tiny spaces formed when using molten metal.

What's next for the red-badged Civic? 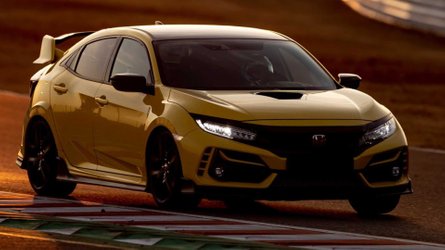 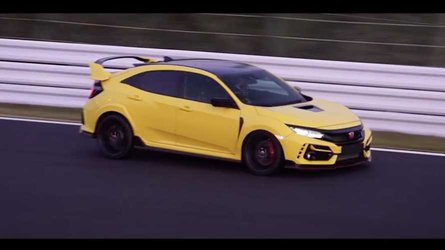 The whole process is captured in the video on top of this page. We suggest that you watch it to further appreciate the greatness of the Civic Type R Limited Edition.

Meanwhile, we're still waiting for Honda to have a go at Nurburgring again. It has already broken the FWD Suzuka record recently, and it's only a matter of time, we hope.