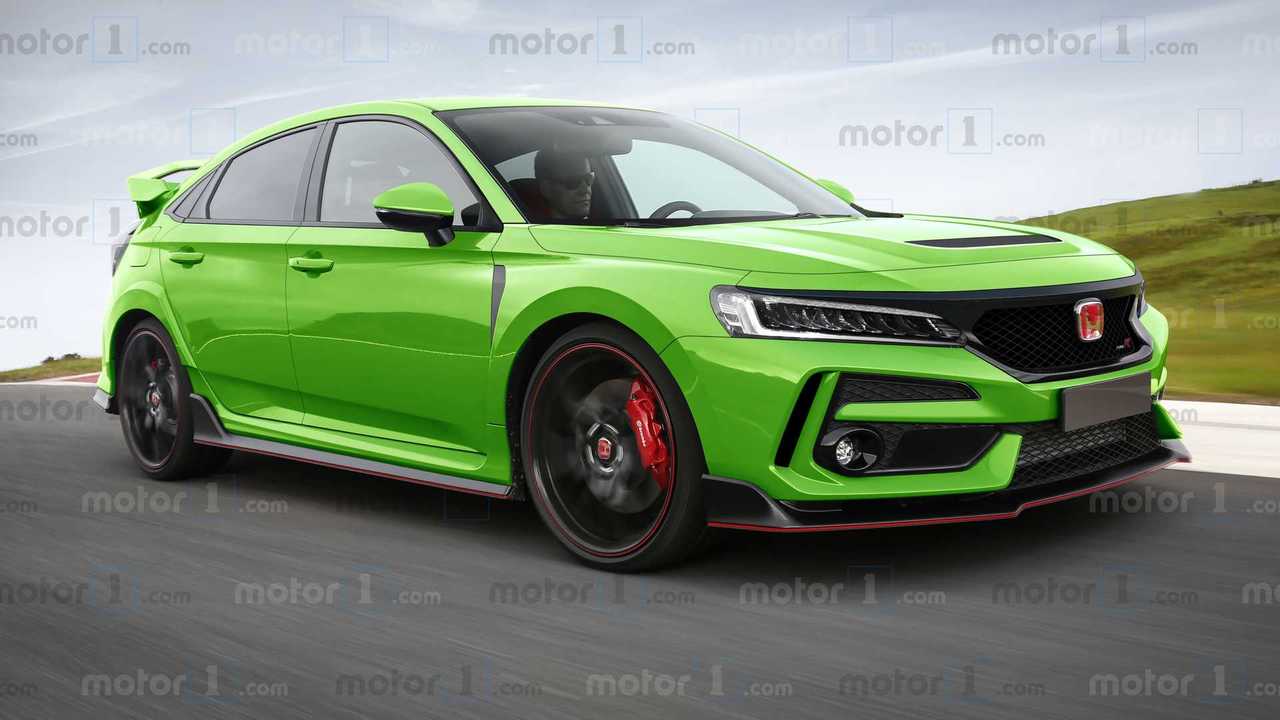 In the future, Honda's hot hatch could have sharper styling and a lot more power.

The hot hatch segment is currently in a lull, particularly as automakers eschew traditionally sporty five-doors in favour of performance crossovers. Honda is ignoring the trend by continuing to sharpen the Civic Type R into an even meaner machine. The latest evolution is the CTR Limited Edition that has the title of being the fastest front-wheel-drive production car around the Suzuka circuit. The next-generation version might be even better.

The rendering above uses recent spy shots as a basis for imaging how the next-gen Civic Type R might look. The most noticeable changes are at the front where the nose has a blunter, more squared-off appearance. The headlights also get a more rectangular shape, rather than the current, pointy lights. There's still a big wing at the back, but the uprights seem to integrate more cleanly into the rear deck.

The biggest changes could be underneath the bonnet. There are rumours that the new Civic Type R could have a hybrid powertrain with an electric motor powering each rear wheel. The existing 2.0-litre turbocharged four-cylinder would still spin the front axle. In total, this setup would allegedly make around 400 bhp, in comparison to 306 bhp for the current model.