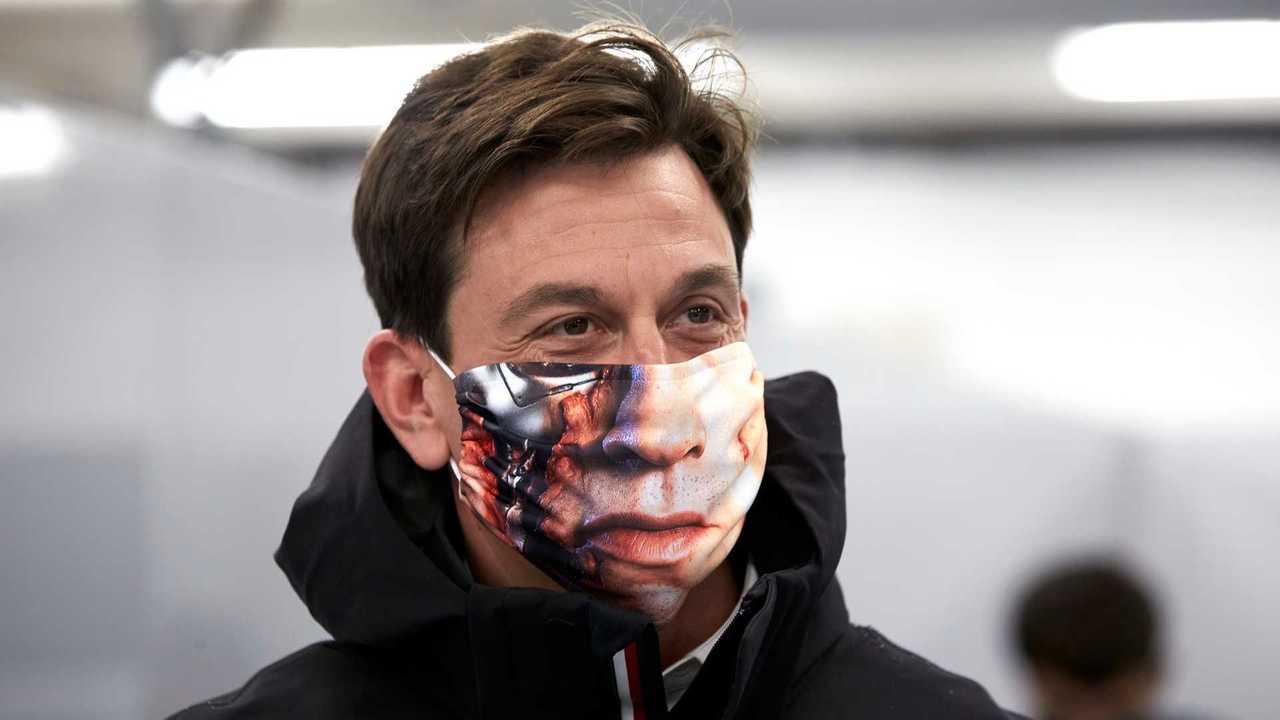 On Friday, Binotto said that Ferrari had been reined in by FIA technical directives issued by the FIA that impact all teams equally, but Wolff suggested there was more to to the drop-off in form than that.

Wolff said Mercedes was pushed to "burnout" levels by Ferrari last year, and suggested that it is "ironic" that the Stuttgart manufacturer has taken a big step in performance as a result.

Wolff was making a pointed reference to the drop in the performance of Ferrari's power unit since last season as a result of a clampdown by the FIA, in the wake of the controversial "settlement" agreed earlier this year.

Binotto: No time to 'accuse' drivers in Leclerc/Vettel clash

"Another complete bullshit story, technical directives. There's a clear regulation on power units," said Wolff. "There have been clarifications in Austin, what is allowed to do or not, which were important, but nothing that was in any way surprising because if you comply to the regulations that was anyway clear.

"I think the irony of the story is that we were pushed by some of our competitors to absolutely new levels. It brought us to almost burnout last year, to develop and innovate in a way to be competitive on track.

"And here we go, I think we made a substantial jump in performance from 2019 to 2020. Because we needed to last year, and that is a little bit ironic for me."

Wolff also had some words about teams that have suggested this weekend that they are ready to sign the new Concorde Agreement.

On Friday Binotto, said that Ferrari was ready to sign, but that not all teams were.

Asked what the issues might be, the Italian said: "I'm not really capable of answering you because, as I said, as Ferrari, we are happy and ready to sign. I think the question should be asked to the ones who are not fully happy yet."

The comments clearly didn't go down well with Wolff, who believes that discussions should be kept private.

"I don't know why some of the other teams made those ridiculous commentary, that they're ready to sign and that it seems to be some competitors that are not," he said. "They make themselves a laughing stock with those comments in the public. Negotiations should be taking place behind closed doors, without running commentary from competitors.

"And in that respect, we're talking to Liberty, we are keen in staying in F1. There are some clauses which bother us a little bit, but nothing that can't be solved."