Ferrari F40 crashed in Australia, but it looks salvageable 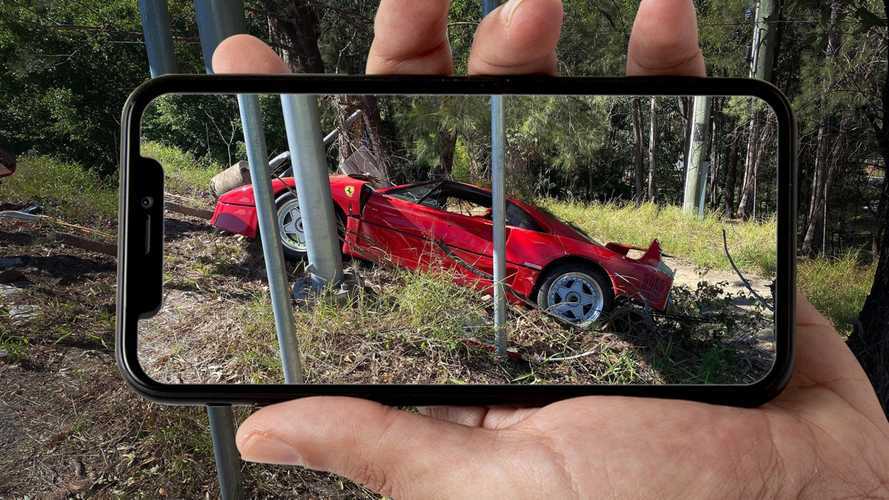 It won't be cheap to fix, though.

Photos out of Gold Coast, Queensland, Australia, show a disheartening scene. Sitting just off an undisclosed road, and partially down an embankment, is a red wrecked Ferrari F40. According to 7News.com.au, no one was injured in the accident – there were two people inside at the time – but the Ferrari suffered extensive damage after colliding with several signs before coming to a rest in its sad state.

"It's pretty stuffed," Gold Coast Police told the news outlet. However, it's not clear if the Ferrari was an original specimen, which would make it quite rare and expensive, or a replica, which would be much cheaper to fix. "Crikey…if it's real, this is an expensive mistake," a police spokesperson told 7News. Photos show the car wearing dealer plates, which could mean the car was out on a test drive at the time of the accident.

According to police, excess speed may have been a factor as the driver "just lost control." He was issued a ticket for "not being in control of the vehicle." The F40 is an icon and a relic, offered from 1987 to 1992, lacking the numerous safety aids that are standard features on today's supercars. There's little between the driver, the twin-turbocharged 2.9-litre V8, its 478 bhp and 425 lb-ft of torque, and the pavement.

The limited production run paired with its legendary status and supercar pedigree will make fixing this Ferrari a costly endeavor. However, if the Ferrari that went aflame in Monaco earlier this year is salvageable, we think this one could be, too. It's always upsetting to see a supercar wrecked, but there's hope for this one. Ferrari also didn't make that many F40s. While it was in production for five years, the Italians supercar maker only produced 1,311 examples. Accidents like these will have those numbers dwindling.