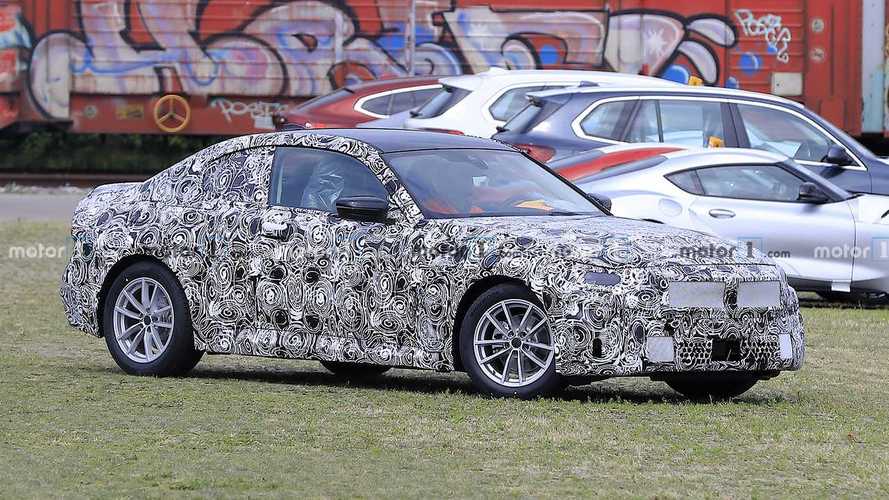 Spy photos of the updated BMW 2 Series Coupe appeared just last week, but since then, our photographers have caught it twice out testing. The latest batch seems to show two versions of the 2 Series Coupe. While the two-door BMW is still covered in plenty of camouflage and cladding, it’s challenging to hide the tailpipes.

The next-gen 2 Series Coupe is expected to have two powertrains available: a turbocharged 2.0-litre four-cylinder and a twin-turbocharged 3.0-litre straight-six. The smaller mill should produce 255 bhp (190 kilowatts) while the straight-six in the M2 could make more than 420 bhp (313 kW). The 3.0-litre engine will allegedly be a detuned version of the engine from the X3 M and M4. The 2 Series will ride on BMW’s CLAR architecture that underpins the larger 3 Series, keeping the smaller two-door with a rear-wheel-drive layout.

Check out the other 2 Series spy shots:

BMW 2 Series Coupe spied for the first time in Mexico

The new underpinnings appear to help the car’s proportions, which look a tad better than the current vehicle. Up at the front, cladding obscures the finer details, but BMW can’t hide the narrower grille and curvy headlights that flank it. BMW has said the larger grille on the 4 Series wouldn’t find its way onto other models. There’s also a wide opening in the lower grille that occupies the space where the larger grille would live.

The 2 Series in the photos feature flush-mounted door handles that are similar to what we saw on the i4. One test vehicle we spied has a single, round tailpipe at the rear, while the other features a dual exhaust with trapezoidal outlets. We can also spot a small spoiler and taillights, though it’s unclear if those lighting elements are production pieces.

Two Toyota Supra models are visible in the background of a handful of the photos, which could hint at where BMW hopes the updated model could compete. However, we still have some time before the German automaker hosts a reveal. We don’t expect the next-gen 2 Series Coupe to arrive until sometime in 2021 as a 2022 model. That puts the hotter M2 likely happening sometime in 2023.