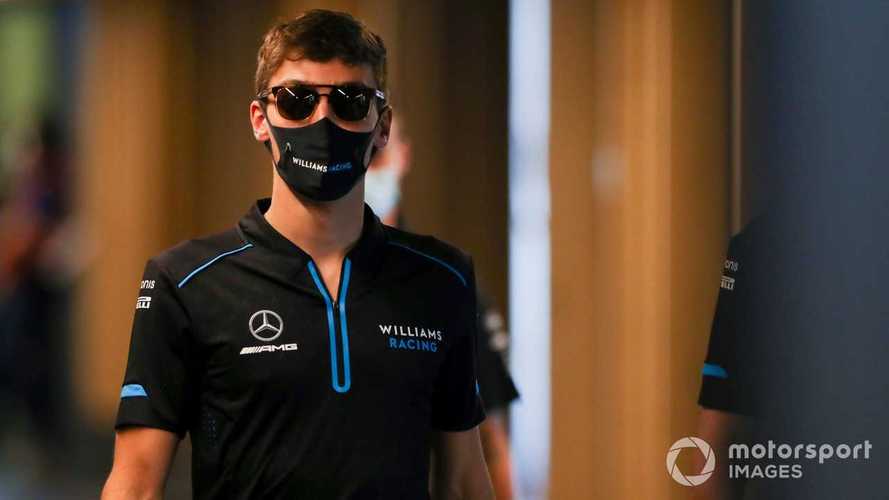 George Russell says it is now clear he will be remaining at Williams in 2021 to see out the final season of his three-year contract.

The Mercedes junior driver originally signed up until the end of 2021 when he joined the outfit last year, with the deal meaning that any rival teams wishing to get hold of him would need to buy him out of the contract.

But with Mercedes having agreed to retain Valtteri Bottas for next year, and expected to keep Lewis Hamilton, Williams has been clear that it wants to keep hold of Russell.

Speaking ahead of the Hungarian Grand Prix, Russell said: “I will be staying at Williams for 2021. [I want] to build off last year and hopefully what this year turns out to be.”

Russell surprised by 'huge lack of pace' in race

While Russell’s impressive form has left him as one of the options for Mercedes, he said was not too upset that the German car manufacturer has elected to stick with its current drivers.

“No, I'm not disappointed in Mercedes at all,” he explained. “There was nothing more they could do. Claire was very firm with her decision that she was not ready to let me go. And also, since I have a contract with Williams, I have to respect that decision.

“So I'm here, I'll be doing everything I can for Williams this year and next year, and let's see what that holds after that.”

The confirmation that Russell will be staying means the team’s line-up looks secure for 2021, with rookie teammate Nicholas Latifi also having a long-term contract.

“I have a multi-year deal with the team,” said the Canadian.