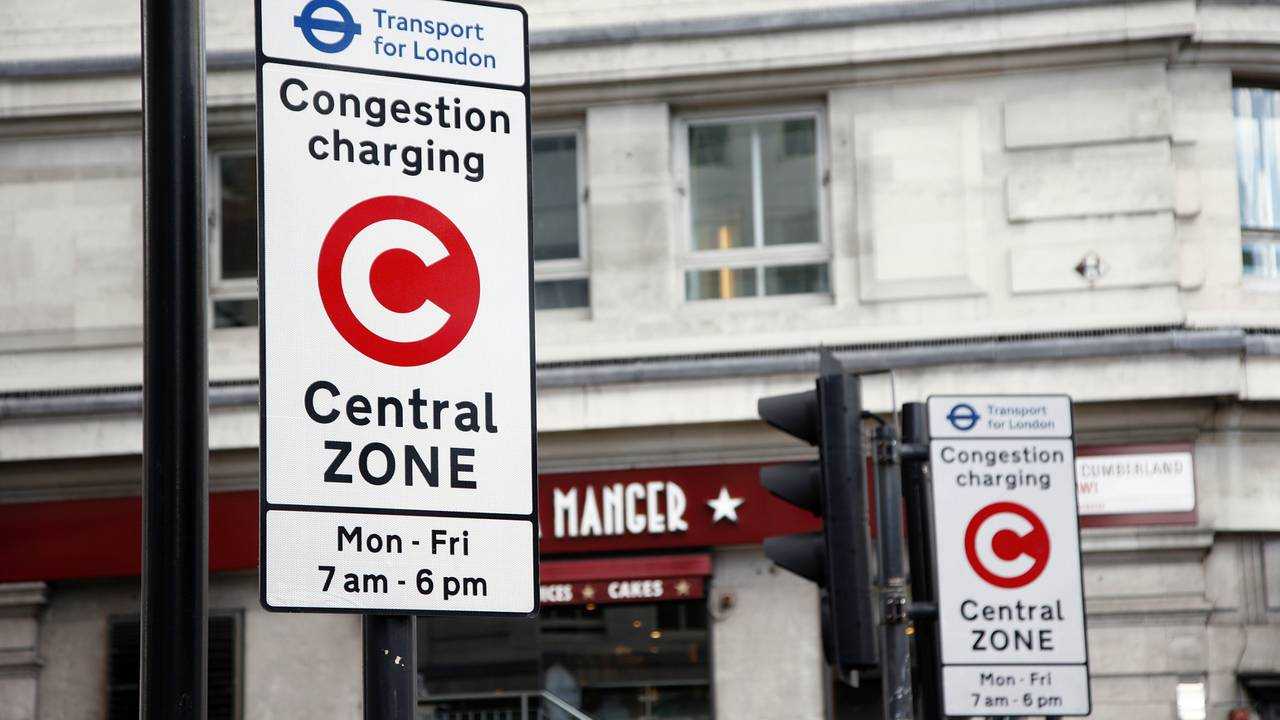 The Mayor of London, Sadiq Khan, could face a legal challenge from drivers’ groups after he raised the Congestion Charge. FairFuelUK (FFUK) and the Alliance of British Drivers (ABD) are claiming the decision to increase the charge in June was taken with “no supportive evidence”.

When lockdown was imposed, Transport for London (TfL) suspended the Congestion Charge and the Ultra-Low Emission Zone (ULEZ), but with revenues falling as a result of social distancing, the organisation had to go to the government for a bailout. The organisation, which is in charge of London’s transport networks, said the decision to increase the Congestion Charge from June 22 was effectively enforced by the government as part of the rescue package.

More on the Congestion Charge increase:

At the time, Sadiq Khan tweeted that the decision was “not the deal I wanted” and he had “no choice” but to accept the government’s terms. However, he confessed to agreeing that a review of the congestion charge was “the right thing”, and raised the charge to £15 a day. The charge, which had previously been in place on weekdays between 07:00 and 16:00, was also moved to cover 07:00 to 22:00, seven days a week.

FFUK and the ABD want to challenge the increase in the Congestion Charge, claiming a minister told the organisations’ lawyers the decision was taken by Sadiq Khan, and questioning why a 31-percent increase in the charge was deemed necessary. The two organisations have also asked what evidence the mayor has that the increase will generate cleaner and greener economic recovery from the coronavirus pandemic.

“Enough is enough,” said Paul Biggs, the director of the ABD. “The financial ‘Khanage’ in London inflicted by the 30-percent C-Charge increase extended to 7 days at a time of great economic hardship for many people, the country and our capital must be challenged. The mayor is riding roughshod over every motorist, who has no choice but to drive."

Howard Cox, the founder of the FairFuelUK campaign, said the mayor was guilty of “bigoted political deceit” and was “screwing drivers at every opportunity”.

“He [Khan] only consults with his supportive stakeholders behind so-called ‘exceptional circumstances’ to hit motorists unnecessarily and even harder in the pocket,” he said. “He encourages us to drive during the Covid crisis, then with no supportive evidence to do so, he plucks a number, out of nowhere, to massively hike the Congestion Charge. And without any proof, he also increases the charging period to cover weekends, plus extending his additional cash grab through to 10pm every day.

“This modern day Dick Turpin, a debt-ridden anti-driver political opportunist, has divided the capital with his recurrent ‘pay to congest and pollute’ policies. He then blames the government for doing all of this. Surely, he cannot sink any lower with such bigoted political deceit?

“In this time of worry for all of us, why did the mayor not consider taxing river or air traffic, construction machinery or other sources of pollution? Surely these are more competent and fairer ways to raise the cash to fill his fiscal black hole without screwing drivers at every opportunity.”

Despite the challenge, a TfL spokesperson said the increase to the Congestion Charge was required as part of the government’s bailout, and claimed the changes were making the roads safer for pedestrians and cyclists.

“Under its funding package, the government required TfL to bring forward proposals to widen the scope and level of the congestion charge,” the spokesperson said. “These temporary changes to the Congestion Charge are essential to prevent London’s recovery from the pandemic from being restricted by cars and congestion. Analysis showed that as the government eased restrictions, and if people chose to drive instead of using public transport, car traffic in central London could double.

“The changes are now reducing traffic in the zone, making it safer for people to walk or cycle and keeping the bus network reliable. Before the new arrangements, numbers in the evenings were almost as high as during the day, and levels at weekends were even higher than during the week. In the first week we saw an eight percent reduction in the number of cars on weekdays and a 27 percent reduction during charging hours at the weekend.

“Prior to the introduction of the changes we received more than 13,000 emails when we sought views on the proposals and, as a result, made a number of modifications. They included extending the number of reimbursement schemes and giving more time for new applications for the residents’ discount.”