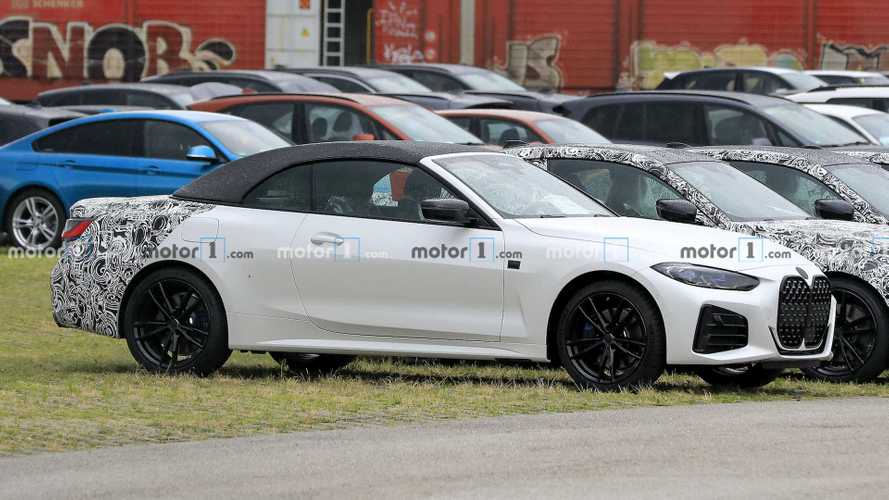 The huge grille shouldn't surprise you by now.

Last month was a heavy-hitter for BMW. The launch of the G22 4 Series Coupe came with a huge stir mainly because of the gigantic grille, but that has already dissipated a bit as the month of July begins.

Now, BMW is back on track in testing its vehicles – one of which is the 4 Series Convertible that we've seen being tested back in April. A new set of spy images is out, and it shows the Cabrio almost completely devoid of concealments except for the rear.

And yes, by now, you shouldn't be surprised that the G23 4 Series Convertible wears the same huge kidney grille that the coupe version has.

Apart from the controversial grille, the 4 Series Cabrio's fascia adopts elements from its coupe version. From the aprons to the lower vents underneath the teeth, err, grille, the 4er spied here looks virtually the same except for the blacked-out trims.

As for the roof, the 4 Series Convertible will have a soft top as we've seen before, which deviates from the hard top of the first-generation model. This should go well for the car's weight reduction. For style, that would be entirely up to you.

We've seen this before in complete wraps:

All-new BMW 4 Series Convertible caught with the top down

Out back, the 4 Series Cabrio is also expected to get styling elements from the coupe, so the concealments on the latest spy images shouldn't be an issue. Based on the minimal camo wraps on this car, we can expect an imminent launch from Bavaria in the weeks or months to come.

Expect the 4 Series Convertible to get the same powertrain options as the coupe, ranging from rear-wheel-drive 2.0-litre turbocharged inline-four B48 that makes 255 bhp (190 kilowatts) and 294 pound-feet (399 newton-meters) to the all-wheel-drive 3.0-litre six-cylinder engine with 48-volt mild-hybrid technology that produces 382 bhp (285 kW) and 369 lb-ft (500 Nm).