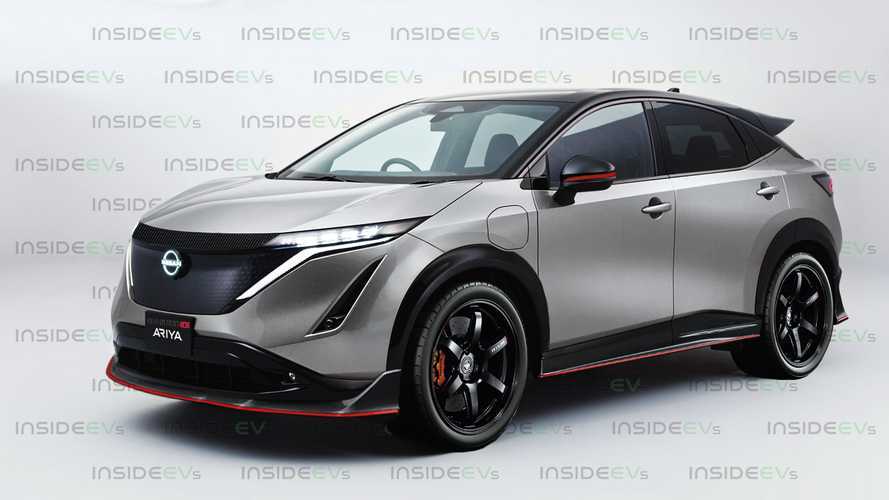 The most powerful Ariya currently makes 389 bhp, sprints to 62 mph in 5.1 seconds.

There are no other crossovers in the same price and size bracket as the Tesla Model Y that can currently even come close to it in terms of sheer acceleration. The Model Y Performance can sprint from naught to 62 mph (100 km/h) in 3.7 seconds, or to 60 mph in 3.5 seconds; this kind of acceleration was the reserve of supercars over a decade ago, and even today it’s very impressive.

And there are other electric crossovers that are roughly the same size and which you can have for similar money, yet none currently match the top tier Model Y. Nissan recently launched its own rival for the Model Y, the Ariya, a sleek coupe-like crossover whose most powerful variant has 389 bhp, all-wheel drive and a claimed sprint time to 62 mph (100 km/h) of 5.1 seconds; it should reach 60 mph in under 5 seconds.

More on the Nissan Ariya

The Ariya is going to be a tough competitor for the Model Y and it will definitely tempt many buyers out of the Tesla, at least for a test drive before the commit to buying it. However, if said buyers want a sub 4-second acceleration time from their compact battery-powered crossover, then the Model Y still can’t be beaten.

But what if it could? Nissan has its in-house sporting arm, Nismo, which has a track record of making its cars faster and more focused. So what if it breathed upon the Ariya and worked its magic to make it at least come close to the Model Y in terms of outright go.

No such plans have been announced - the Ariya just debuted the other day - but we say such a model, with closer to 500 bhp, could really tempt buyers away from the fastest Model Y. Even if Nissan never makes such a vehicle, I whipped up this rendering to show what it could look like.