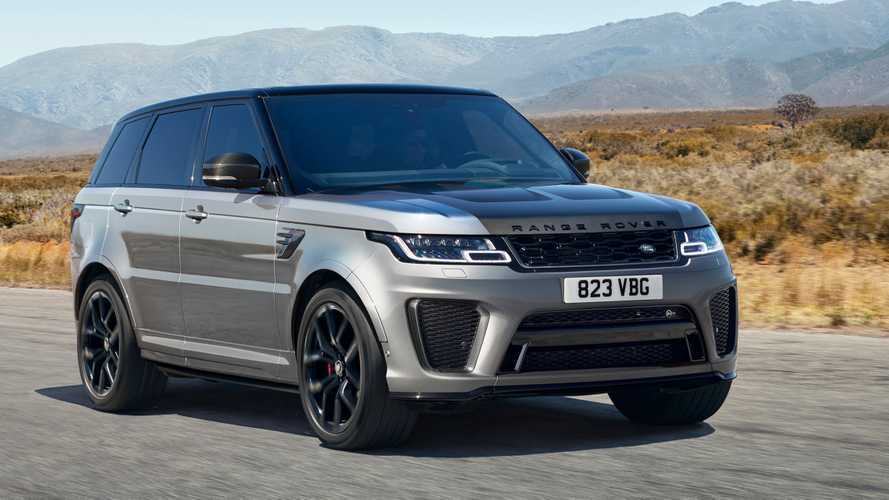 The footballer's car of choice is getting greener.

Land Rover has updated the Range Rover Sport for 2021, giving the luxury SUV new mild-hybrid engines and high-spec special editions. The British company has also added some minor tech improvements to make the already plush cabin an even nicer place to spend your time.

Of all the changes, though, arguably the biggest is the arrival of three new special editions dubbed HSE Silver, HSE Dynamic Black and SVR Carbon Edition. All three add some styling tweaks to existing models in the Range Rover Sport line-up, while the HSE models both get upgraded standard equipment.

As you might guess from the name, the HSE Silver edition builds on the HSE model with Shadow Atlas exterior trim finishes, as well as privacy glass and 21-inch alloy wheels. The car also gets a choice of seven paint jobs and two interior choices, plus a fixed panoramic glass roof, a Meridian Surround Sound System and a front centre console cooler compartment.

Similarly, the HSE Dynamic Black is based on the HSE Dynamic model, but applies a black exterior design pack to give the car black trim on the grille and window surrounds. There’s a black interior behind the privacy glass, and 21- or 22-inch black alloy wheels depending on the model. You get a choice of two colours – Santorini Black or Carpathian Grey with a contrast roof – and the glass roof and audio system are carried over from the HSE Silver edition.

Finally, buyers of the high-performance SVR model will now get a Carbon Edition option, which adds carbon-fibre detailing to the bonnet centre section, front bumper insert surrounds, main grille and vent surrounds. There’s more inside, with carbon-fibre trim on the dashboard, carbon-fibre treadplates and even a carbon fibre engine cover. The carbon doesn’t stretch to the wheels, though, which are 22-inch black alloys.

Whether or not you go for the Carbon Edition, though, you’ll get the same 567 bhp P575 5-litre V8 petrol engine, complete with a supercharger. That’s the pinnacle of a range that begins with a much more mundane 2-litre, 296 bhp petrol engine, before the two new mild-hybrid engines come into play.

Both are 3-litre, six-cylinder diesel that can harvest energy normally lost when braking or decelerating. This can then be redeployed to help the engine out when it’s under load, reducing fuel consumption – at least in theory. These new engines will wear the D300 and D350 badges, denoting the 296 bhp and 346 bhp versions.

The new additions don’t stop there, though, as a handful of connectivity enhancements have now been fitted. There’s a new embedded Spotify app in the infotainment system, while the Apple CarPlay and Android Auto smartphone integration systems are standard across the range.

Land Rover has also given the car a new cabin air ionisation system, which can purify the in-car air and filter out PM2.5 fine particulate matter. And to combat thieves, the company is also throwing in a 12-month subscription to the Secure Tracker Pro vehicle tracking system.