Land Rover’s flagship luxury 4x4, the Range Rover, has been updated for 2021 with new engines and new special edition versions. It follows on from the car’s 50th anniversary celebrations, which saw the British brand reveal a new Fifty special edition with a range of 1970s colour schemes. 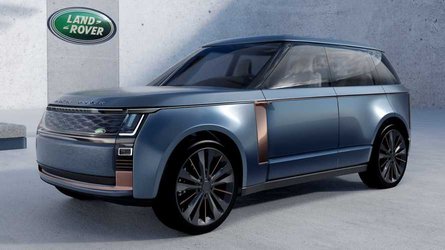 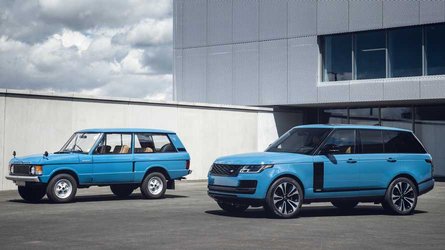 But the headline changes are found in the engine bay, where customers will get a choice of two new 3-litre straight-six diesel motors, as well as the existing plug-in hybrid and petrol V8 powertrains. The cheapest will be the 296 bhp D300 version, while a 345 bhp D350 version will represent the more expensive – and more potent – option.

Whichever you choose, the diesel engine will enjoy the helping hand of electricity, in the shape of a 48-volt mild-hybrid system. The system effectively allows the car to harvest energy while braking or decelerating, then redeploy that power to help the engine out when it’s under load – such as when pulling away.

It’s a system designed to help the car save fuel, and Land Rover claims the new Range Rover will manage 33 mpg with the new D300 engine on board, while the D350 will return 30.8 mpg. These two engines will be the most efficient in the range, except for the P400e plug-in hybrid, which claims 84.8 mpg and a 25-mile electric-only range.

As well as the new engines, Land Rover is also introducing three new versions of the Range Rover, with the new Westminster Edition joining the range. That car will be based on the ‘basic’ Vogue, and will come with a choice of diesel and plug-in hybrid powertrains.

It will also come with privacy glass and Atlas exterior accents and 21-inch diamond-turned alloy wheels, as well as a choice of solid, metallic and premium metallic finishes. Inside, Grand Black veneers adorn the dashboard, while the roof is wrapped with suedecloth and there’s a sliding panoramic roof. The plug-in hybrid comes with a 19-speaker Meridian Surround sound system as standard, too.

Customers will also be able to get the Westminster in Black Edition guise, which adds a black exterior styling pack and allows a choice of three alloy wheel designs. Those range from a 21-inch nine-spoke rim to a “distinctive” 22-inch gloss black split-spoke design. Similar upgrades can also be added to the high-performance, high-luxury SVAutobiography Dynamic model to create the SVAutobiography Dynamic Black.

The new Range Rover is already on sale, with prices starting at £83,465.