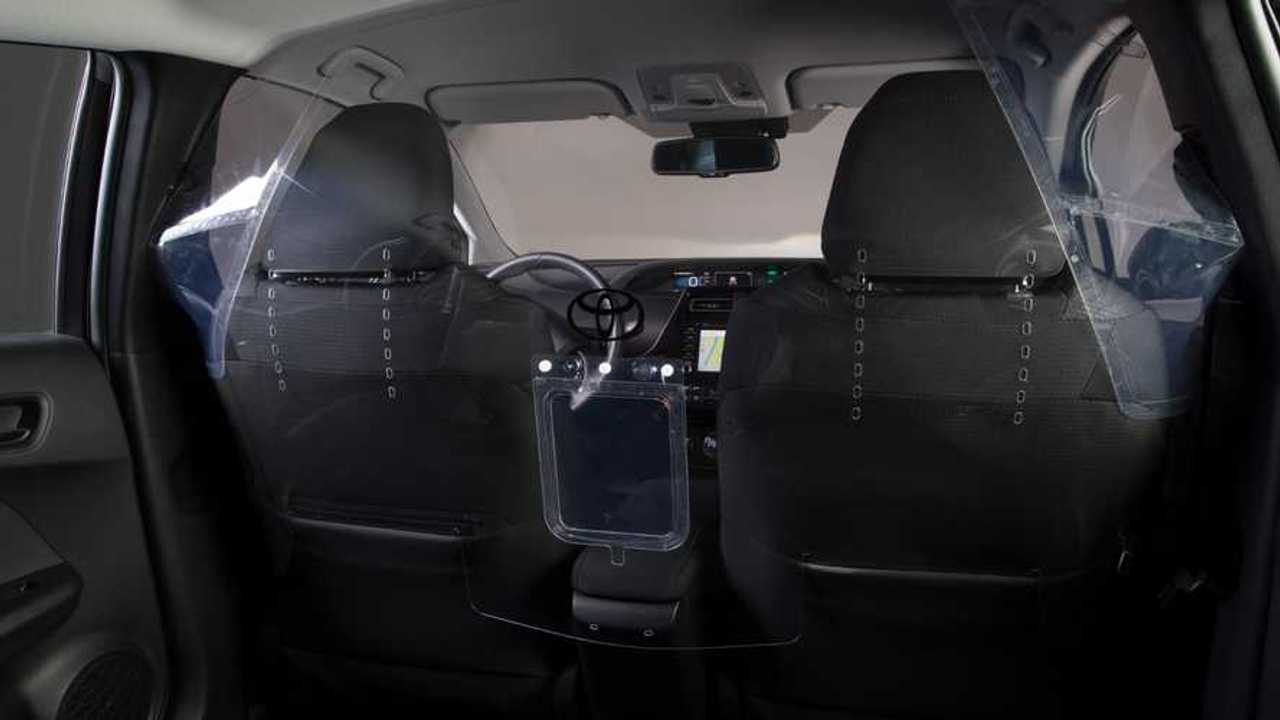 The screen will fit in the Prius and Corolla models, among others.

Toyota has designed a special screen designed to protect taxi drivers and their passengers from the spread of coronavirus. The polycarbonate dividers are built to fit behind the front seats of various Toyota models, including the Prius and Corolla hybrids, which are common sights on British taxi ranks.

The Japanese company says the screen can “reduce the chances of virus transmission” between taxi and private hire drivers and their customers, and is the first coronavirus screen to receive approval from Transport for London (TfL), the licensing authority for the capital’s taxis. But as well as meeting Covid-19 guidelines, the screen has also been safety tested by Toyota, meaning it stays in place when driving at speed with the windows open, and it can even cope with full deployment of the cabin airbags

In a bid to make life easier for taxi drivers under the new social distancing guidelines, the screens are see-through and a central opening flap for card or cash payments to be made. However, Toyota points out the screens are not just for taxis – they can also be used for demonstration vehicles and accompanied test drives.

From the outset, though, the screens were developed with cabbies in mind, and Toyota says it liaised with TfL during the design process to ensure the “initial” medium-size version is now approved as part of the requirements for TfL’s private hire driver licence holders. The company is also awaiting approval for a larger version designed to fit bigger cars in the Toyota range, including the seven-seat Prius+ and the RAV4 SUV.

According to Toyota, fitting the lightweight screen should be carried out by qualified engineers, but it can be done in “about 10 minutes”. The process involves no changes to the structure of the vehicle, and nor does it damage the car’s interior. Instead, the screen is fitted using large tabs that slot into the seatback pockets.

Prices for the new screens start at £195 for the medium screen, including VAT and fitting by a Toyota technician. The larger version, with fitting thrown in, costs £210 including VAT.

“Transportation services everywhere are having to be adapted to take the risk of coronavirus transmission into account," said Stuart Ferma, Toyota and Lexus' fleet general manager. "We recognise the particular vulnerability of cab drivers and have come up with a solution we believe is effective and reasonably priced. We hope that the many drivers who loyally use our vehicles across the UK will be able to make good use of the new screens.”