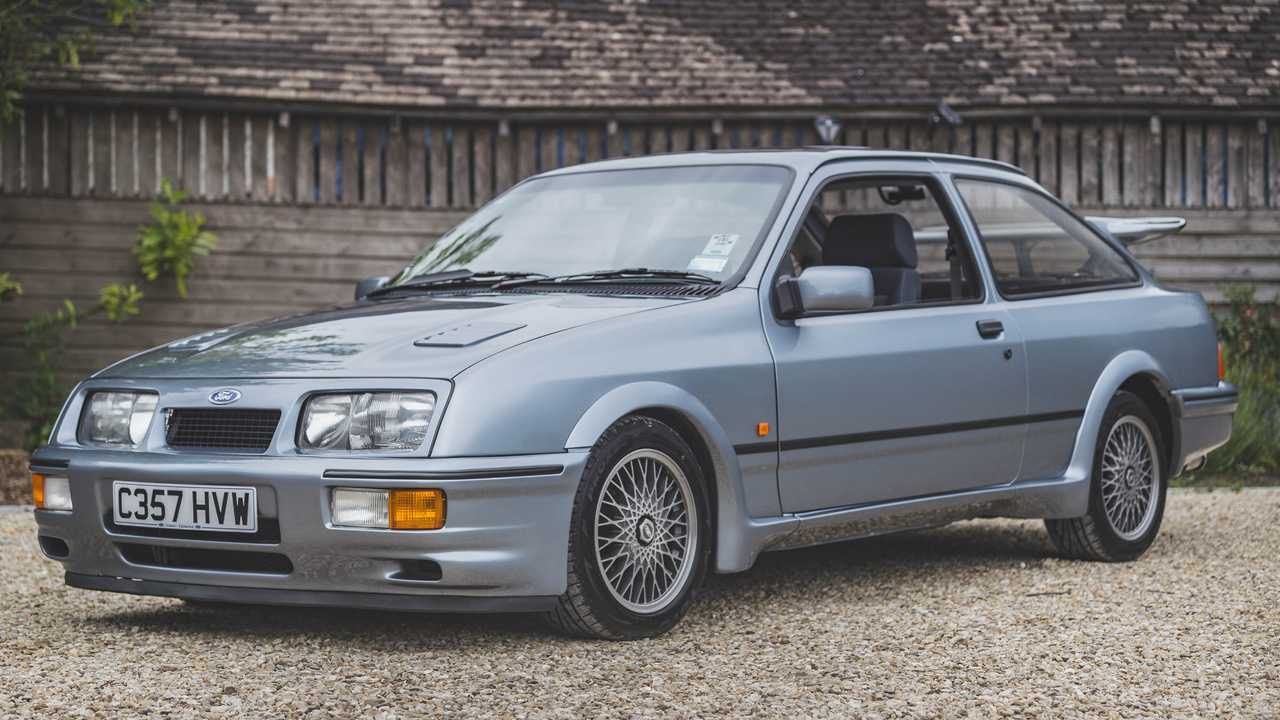 The only example of its kind that remains.

The Ford Sierra RS Cosworth was one of the greatest cars of the 1980s. Unlike today where seemingly every car has a high-performance variant, the 'Cossie' was something special – a performance car for the working man.

Nowadays it's very much in 'classic' territory. Seeing one is something of a special occasion, and buying one is even more special. Now you can have a chance of getting hold of a Sierra RS Cosworth of your own – but not just any example.

Leading online classic car auctioneer TheMarket.co.uk is offering a super rare pre-production example of the car, one of just 10 right-hand drive examples made as part of Ford's 4P 'Pre-Production Prove Out Programme'.

Of those 10, seven were converted for use in rallying, while of the three road-ready examples, this is thought to be the only one that remains today. What's more, while most Sierra RS Cosworths were finished in white, this one comes in a rare Moonstone Blue finish.

This particular car was built roughly nine months before the full production run started, being registered October 30 1985. Nine years later it was exported to New Zealand where it spent four years in storage while its engine was rebuilt.

It returned to the UK in 2016, two owners and a full restoration (which cost tens of thousands of pounds) later.

"This car is a piece of Ford history! Not only is this one of the most desirable fast-Fords made but this is one of the very first examples ever built. The auction will be a very special opportunity for enthusiasts and collectors looking for a genuine Sierra RS Cosworth, with a price tag which is within reach for serious buyers," said Tristan Judge, director, The Market.

"The current owner took an already very good car and made it perfect. Like so many of us, he once had a poster of a Sierra Cosworth on his bedroom wall. Now it’s somebody else’s turn to own it, and an opportunity like this one rarely comes along."

The Sierra RS Cosworth was powered by a 204 bhp turbocharged four-pot which propelled the car from 0-60 in just 6.2 seconds and onto a top speed of 150 mph. Under the skin there was racing-developed suspension, while the aerodynamically-enhanced bodywork definitely set it apart from your regular Sierra.

The UK-registered car comes with a valid MOT until June 2021, plus a selection of invoices and bills relating to the car, a detailed summary of its life and previous owners, and the original owner's handbook and Ford Sierra RS Cosworth supplement.