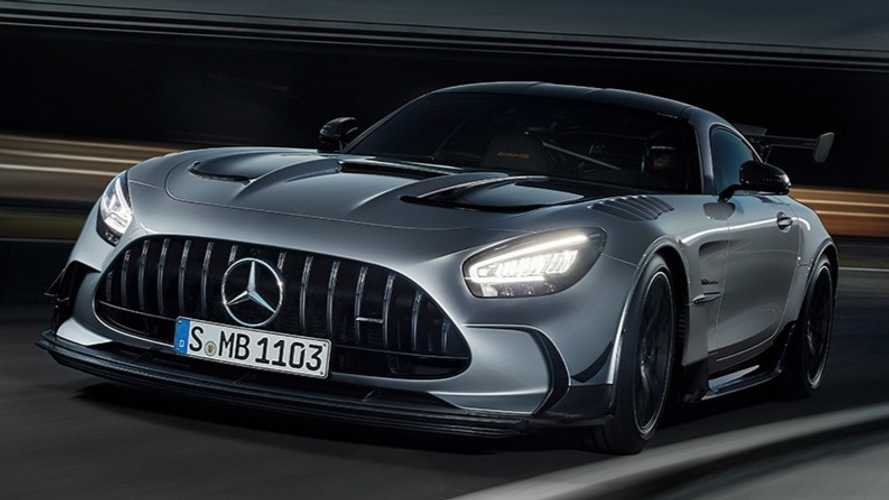 The Black Series is back!

The Mercedes-AMG GT Black Series will make its official debut on July 15. This is the first new Merc to wear the Black Series label since the SLS AMG version from the 2014 model year.

If you want a good look at the AMG GT Black Series, then check out the teaser video starring Shmee150 that shows the coupe without any camouflage. It's an aggressive-looking machine. There's a big splitter in front. The wings/fenders wear louvres. The bonnet has two huge vents on the sides and a tiny scoop in the centre. A gigantic, two-tiered dominates the styling of the rear end.

While there are no official details yet, it's safe to expect the extra power to come with the usual slate of suspension and brake improvements. A lower ride height, stiffer springs, improved dampers, and larger calipers all seem like improvements that the Mercedes-AMG engineers would make for the new Black Series.

The folks who operate a Nüburgring taxi company claim the GT Black Series can hustle around the Nordschleife in an impressive 6 minutes and 58 seconds. In comparison, the GT R completes a circuit in 7 minutes 10 seconds.

Pricing is also unknown, but the figure is very likely to be above the AMG GT R's base price of £143,245. A figure near £175k wouldn't be surprising if the rumours about the coupe's performance turn out to be accurate.