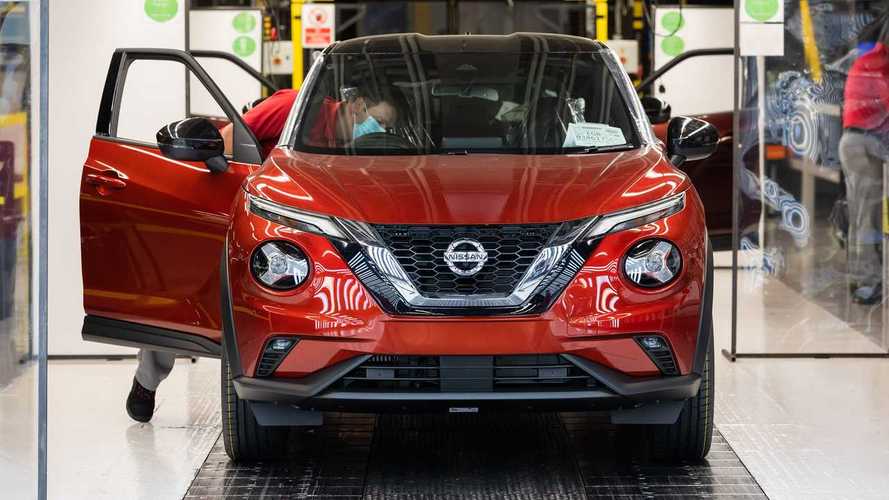 One industry body was hoping for some "sector-specific" support.

A UK car industry body has described the Chancellor’s decision not to provide special support for the automotive sector as “bitterly disappointing”. The Society of Motor Manufacturers and Traders (SMMT) claims the Summer Economic Statement, which was made last week, will “deter future investment” in the industry.

The SMMT has been vociferously lobbying for government help throughout the coronavirus crisis. Just last week, when it looked as though new car and van sales were beginning to return to something like normal levels, the SMMT said the government “must boost the economy” or risk “losing billions more in revenue from this critical sector”.

More on the state of the car industry during lockdown

Now, with Chancellor Rishi Sunak promising VAT cuts for restaurants, changes to stamp duty and a “bonus” for companies who keep furloughed staff on their payroll, the SMMT says it “urgently” needs the government to help the automotive sector. In particular, the SMMT says it wants “sector-specific” measures that support cash flow, such as business rate holidays and tax cuts.

Speaking as he delivered his statement, Sunak said his plan was a “plan for jobs” that would give businesses “confidence to retain and rehire”. He also claimed the government’s plan would be “worth” £30 billion and could “create jobs in every part of our country”.

However, the response from SMMT chief executive Mike Hawes pulled few punches, calling the government out for “failing to provide any dedicated support” for the automotive sector – something he claimed every other big economy in Europe had done. He also said the UK’s economic recovery would be “stuck in low gear” if major industries were left unsupported.

“Today’s announcements to safeguard jobs and encourage consumer spending in some parts of the economy are welcome,” said Hawes, “but it’s bitterly disappointing the Chancellor has stopped short of supporting the restart of one of the UK’s most important employers and a driver of growth. The automotive sector has been particularly hard hit, with thousands of job losses already announced and many more at risk. Of Europe’s five biggest economies, Britain now stands alone in failing to provide any dedicated support for its automotive industry, a situation that will only deter future investment.

“We urgently need the government to expand its strategy and introduce sector-specific measures for UK auto to support cash flow such as business rate holidays, tax cuts, and policies that provide broader support for consumer confidence and boost the big ticket spending that drives manufacturing. Until critical industries such as automotive recover, the UK economic recovery will be stuck in low gear.”

Motor1.com has contacted the Treasury for comment, but has not yet received a response.