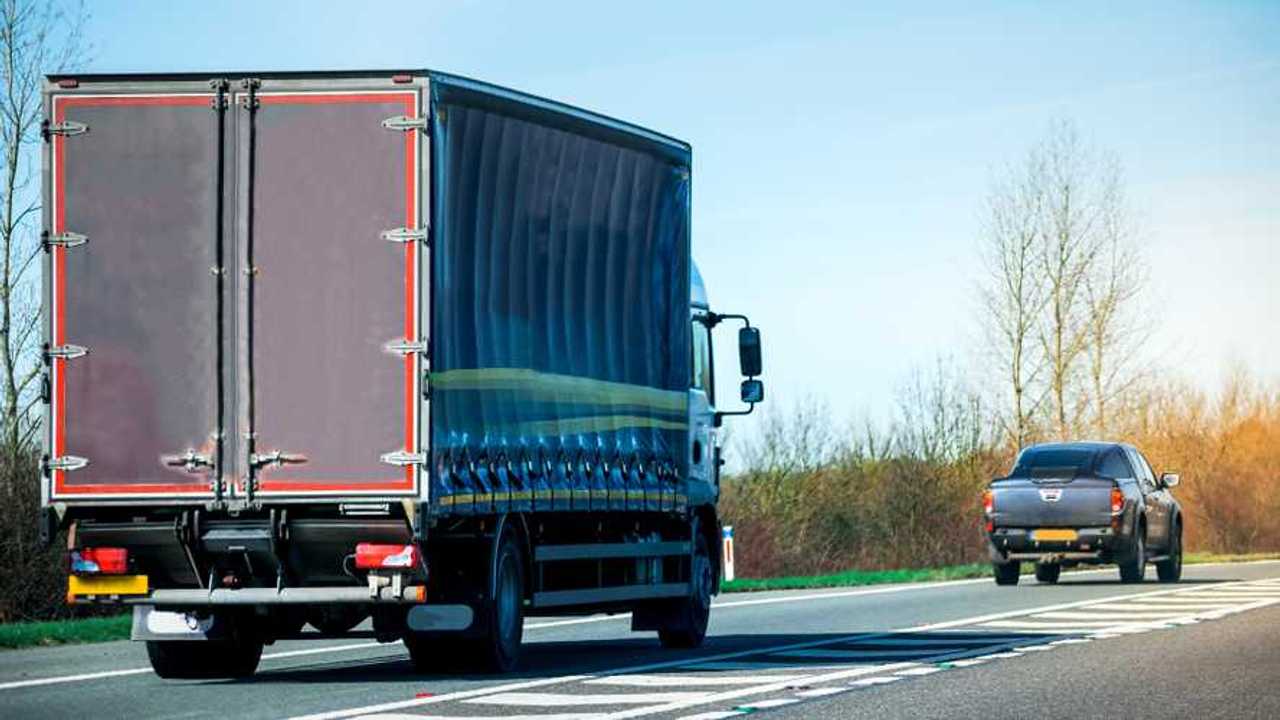 The government report suggests there was no impact on emissions, either.

Increasing the national speed limit for lorries in 2015 had "no impact" on safety or emissions, according to a government report. The study carried out for the Department for Transport (DfT) follows on from a report published last year suggesting the scheme may have saved companies money and improved safety slightly.

The national speed limit for heavy goods vehicles (HGVs) weighing over 7.5 tonnes was increased by 10 mph in April 2015, allowing trucks to hit 50 mph on single-carriageway roads and 60 mph on dual-carriageway roads. At the time, the decision was criticised by road safety charity Brake, which said the move set a “dangerous precedent” and would “legitimise the dangerous behaviour of those who already break the speed limit”.

More on truck safety in the UK:

HGV MoTs will recommence from next week after three-month delay

Last year, the government’s annual report suggested the move, which was designed to reduce the discrepancies in speed between HGVs and faster vehicles, had saved businesses more than £10 million a year. The report also hinted at a “possible” safety improvement, but this year’s final report said there had been “no impact to safety as a result of the policy”.

That said, the report also confessed that government impact assessments prior to the introduction of the higher limits would lead to a “small increase in collisions”, but the final results showed those fears did not materialise. In fact, the report claimed the “only [statistically] significant finding [was] a reduction in collisions that are slight or serious across all study roads”. Whether that was linked to the change in speed limits, though, was unclear.

The report also looked into the economic impact of the policy, and estimated the scheme would “worth” a massive £225.8 million between 2015 to 2031. Of that money, the report said business user time savings would account for £162.2 million, while business user vehicle operating cost savings would amount to £44.7 million, plus another £9.2 million in fuel savings.

James Firth, the head of road freight regulation at the Freight Transport Association (FTA), pointed out that although the survey cannot quantify it, the move will also have reduced the frustration of motorists stuck behind heavy vehicles.

“The study has shown no negative impacts on either road safety or the environment, with a benefit to traffic speeds for both heavy vehicles and general traffic and a benefit to the economy,” he said. “The study won’t show the reduction in frustration for all road users when they are no longer stuck behind heavy vehicles travelling at unnecessarily slow speeds.”