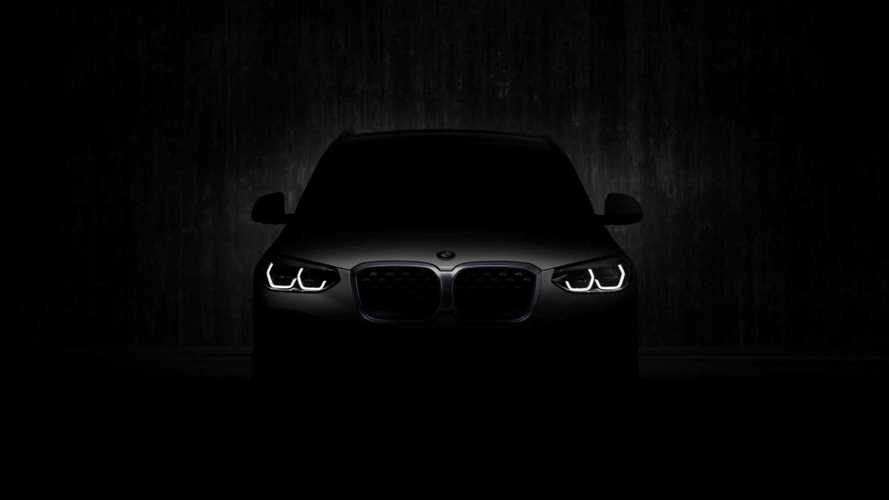 With the coronavirus pandemic still raging, automakers have taken to the internet in droves to reveal their new models. The latest to go all-in on a digital reveal is BMW, which will show off its new iX3 crossover next Tuesday 14 July. A teaser image of the all-electric crossover accompanies the announcement, though BMW released several images that showed it off last month.

The digital reveal will happen Tuesday 14 July at 10 a.m. CEST in Munich. That’s 9 a.m. for those in the UK time zone. BMW will host a livestream event where it’ll present the iX3 to the world. Production is scheduled to start later this summer before it goes on sale in select markets around the world. The 200th pre-production model recently rolled off the assembly line.

Leaked images revealed the crossover’s exterior design months ago, showing off a crossover that looked a lot like the regular X3. It featured revised bumpers and blue accents. However, while it’ll share a design with the conventional offering, the iX3 won’t have a petrol engine. Instead, a single electric motor and a 74-kilowatt-hour battery pack will produce 286 bhp (210 kilowatts) and 296 pound-feet (400 Newton-metres) of torque, which will be sent to the rear wheels. The estimated range is 273 miles (440 kilometres) in Europe’s WLTP test.

Hints of an all-electric X3 emerged back in 2017 when the automaker went on a trademarking spree, gobbling up everything from iX1 to iX9. A few months later, our spy photographers caught the first iX3 test vehicle. Subsequent spy photos kept the front and rear fascias hidden under camouflage wraps, though we were never expecting significant visual changes over the regular X3. We’ll know more about the new iX3 next Tuesday at the crossover’s official reveal.

Munich. The presentation of the first-ever BMW iX3 will take place in a digital format.

On further @BMWGroup social media channels it can be watched thereafter: