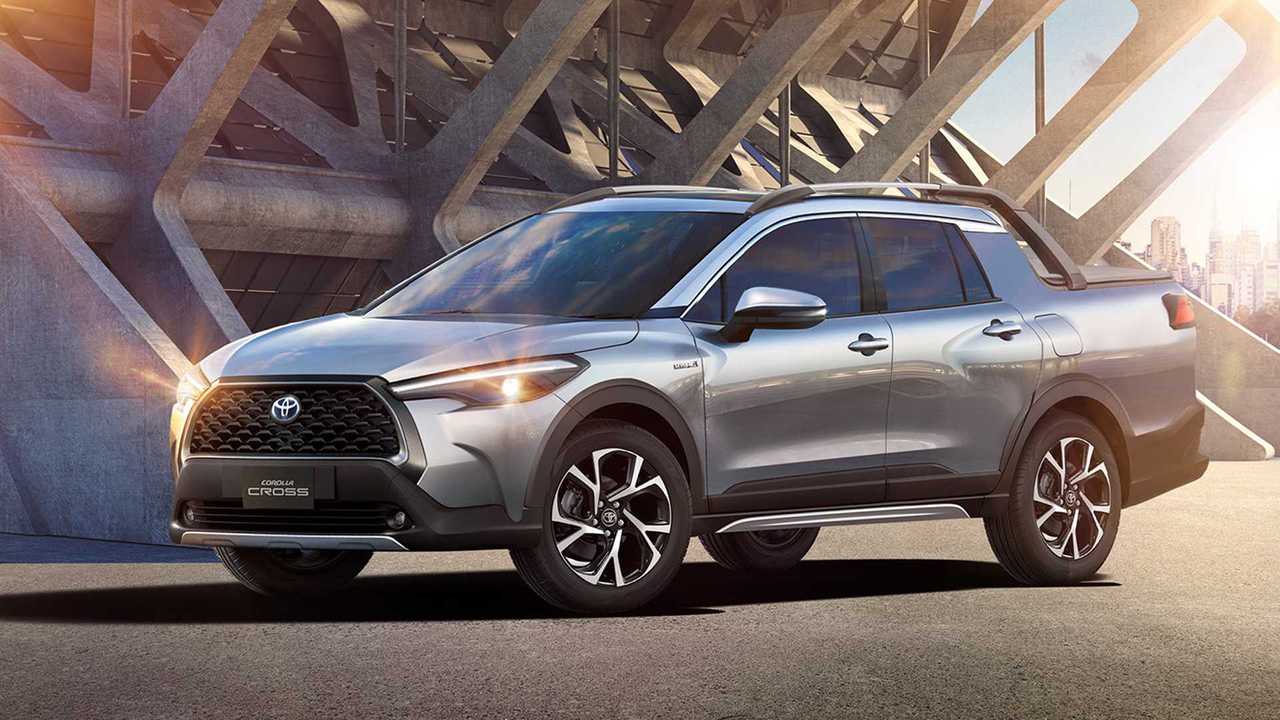 Toyota is expanding its SUV lineup, just like pretty much every automaker is doing at the moment. Instead of creating fresh models with new identities, the Japanese automaker is spinning off smaller SUVs with ties to its popular compact runabouts, the Yaris and Corolla. The Corolla Cross is the most recent addition, but could Toyota expand this spinoff trend to a small pickup truck?

That’s the question a new series of renderings from KDesign AG at Bēhance.net seeks to answer. The Corolla Cross debuted on July 8 in Thailand, where it will stay for at least the near future. It’s not a stretch to imagine the unibody crossover with a small bed at the back, though the rendering does add some length behind the rear wheels to make it happen. The design has something of a Subaru Baja vibe to it, likely because the Corolla's essence is at the core of this creation instead of a rough-and-tumble SUV. The roof bars are certainly a factor, too.

Would Toyota build such a vehicle? It’s extremely unlikely considering the manufacturer already has a strong seller in the small-ish truck segment, namely the Hilux. A Corolla Cross would slot beneath that midsize truck. It’s a segment that at this time doesn’t really exist, though we’ve seen Ford testing a small sub-Ranger pickup that could reach the market in 2022. It’s possible a smaller, front-wheel-drive-based offering from Toyota could fill a niche, but it would be a small one.