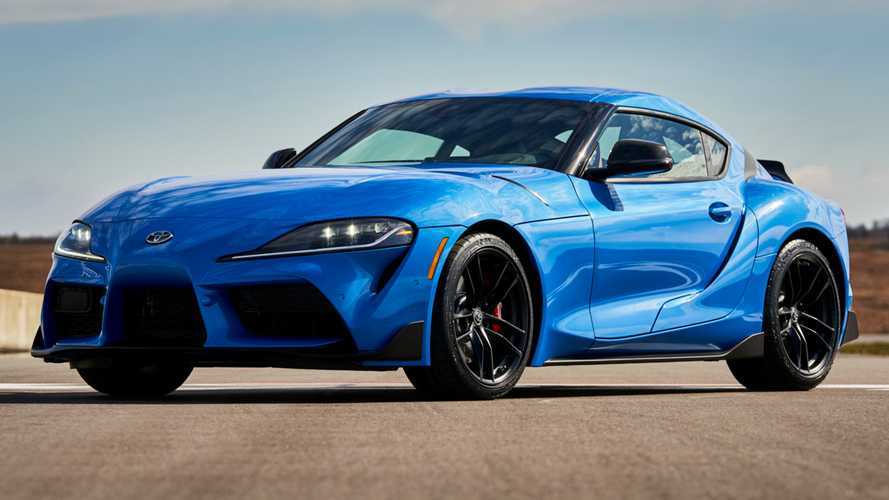 It could also mark the end of Supra production by 2025.

A more powerful Toyota Supra has long been rumoured since the moniker first reappeared for the 2020 model year. Of course, that happened for 2021, but it’s not an up-spec performance model and it's not available in Europe. Toyota bumped the Supra 3.0 to 382 bhp, but a new rumour pegs a forthcoming GRMN model as having over 500 ponies.

This rumour originates with Japanese website bestcarweb.jp, which claims to have an inside scoop. In short, the claim is that Toyota will fit the boosted inline-six from the BMW M3/M4 under the Supra’s bonnet, where it will generate the same 510-plus bhp as Bimmer’s Competition models. Shifting duties will also be pure BMW with a seven-speed DCT sending power to the rear wheels. If the rumour is true, this would make for one supremely quick Supra.

The Supra is already a beast:

Shmee laps the Nurburgring in a 560-bhp Toyota Supra
⠀

The rumour doesn’t stop there, however. The report suggests at least some of this info comes straight from Supra boss Tetsuya Tada, and that BMW apparently wasn’t very keen to give Toyota the M-infused engine. It’s possible this could be a factor in another aspect of the rumour, which says this M-powered Supra GRMN will launch in 2023 with only 200 units planned for production. Such a low number would certainly make this Supra less of a threat to BMW sales. But wait, there’s more.

This extended rumour also puts a finite life on the Supra. The report claims the car will cease production after 2025, and no replacement is in the works. In fact, this Supra GRMN could serve as a final edition of the car, sold alongside the standard six- and four-cylinder models to wrap up the sports car’s production.

The last part of the rumour suggests a price for the Supra GRMN, and if you’ve already been gobsmacked by what we’ve reported thus far, you might want to take a seat. A figure of 12 million yen is casually dropped, which currently translates to close to £90,000. We must stress that the report merely offers this as a suggestion, but it’s a wild suggestion amid a story of wild claims.

At the end of the day, we advise readers to take this with a grain of salt. Yes, a Supra GRMN is likely to arrive eventually, but this same source reported a Supra GRMN back in January that would launch this year with around 400 bhp. If Tada-San did actually spill some info for this latest report, it lends a bit more credibility to the rumour. Ultimately, we’ll just have to wait until more information – officially or unofficially from other sources – becomes available.