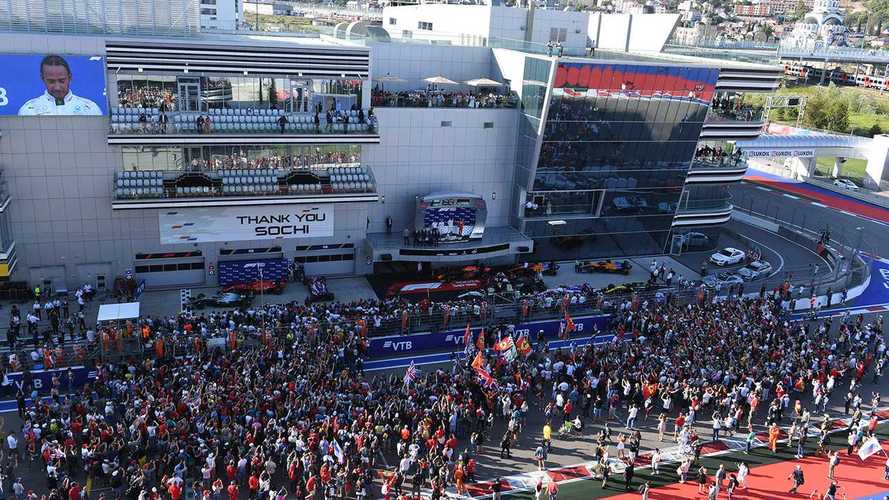 The organisers of the Russian GP says they are “meticulously planning” to stage an F1 race open for fans to safely attend in September.

F1 announced on Friday that Russia would retain its original slot of 27 September for this year’s grand prix, becoming the 10th confirmed grand prix on the calendar for this year.

The Sochi Autodrom recently began advertising ticket sales for the race, and has now formally confirmed that fans will be able to attend the Russian Grand Prix.

“Together with the Government of the Russian Federation and the championship management, we have made every effort to make the Russian Grand Prix happen this year,” said Alexey Titov, CEO of Sochi F1 promoter Rosgonki.

“This will be an incredible festival for the widest audience possible. Eventful days in Russia’s resort capital await all the Sochi Autodrom guests.

“The event attendance remains at a good level year on year, and we are confident that the difficulties of this year will not become a special obstacle for motorsport fans.

“We are meticulously preparing to receive spectators safely and looking forward to seeing everyone in the Olympic Park.”

Fans have been prevented from attending the opening races of the 2020 season due to the COVID-19 pandemic, with the early grands prix being run as “closed events”.

These are run under defined protocols set out in the regulations by the FIA, which also include a limit on the number of team personnel that can attend the race.

No spectators have been present at the gates for either of the opening races at the Red Bull Ring in Austria this month, while police have already warned fans to stay away from Silverstone for the two races planned in August.

F1 has previously stated it was hopeful of getting fans to races towards the end of the European season.

It remains a possibility that a limited number of fans may be able to attend one of the earlier races, potentially at Monza or Mugello in September, but no decisions have yet been taken.

Tickets are on sale for five grandstands at the Sochi Autodrom - the main grandstand, and one each at Turns 1 to Turn 4 - plus general admission and for Paddock Club access.

Tickets for the Russian Grand Prix can be bought via the Motorsport Tickets website.