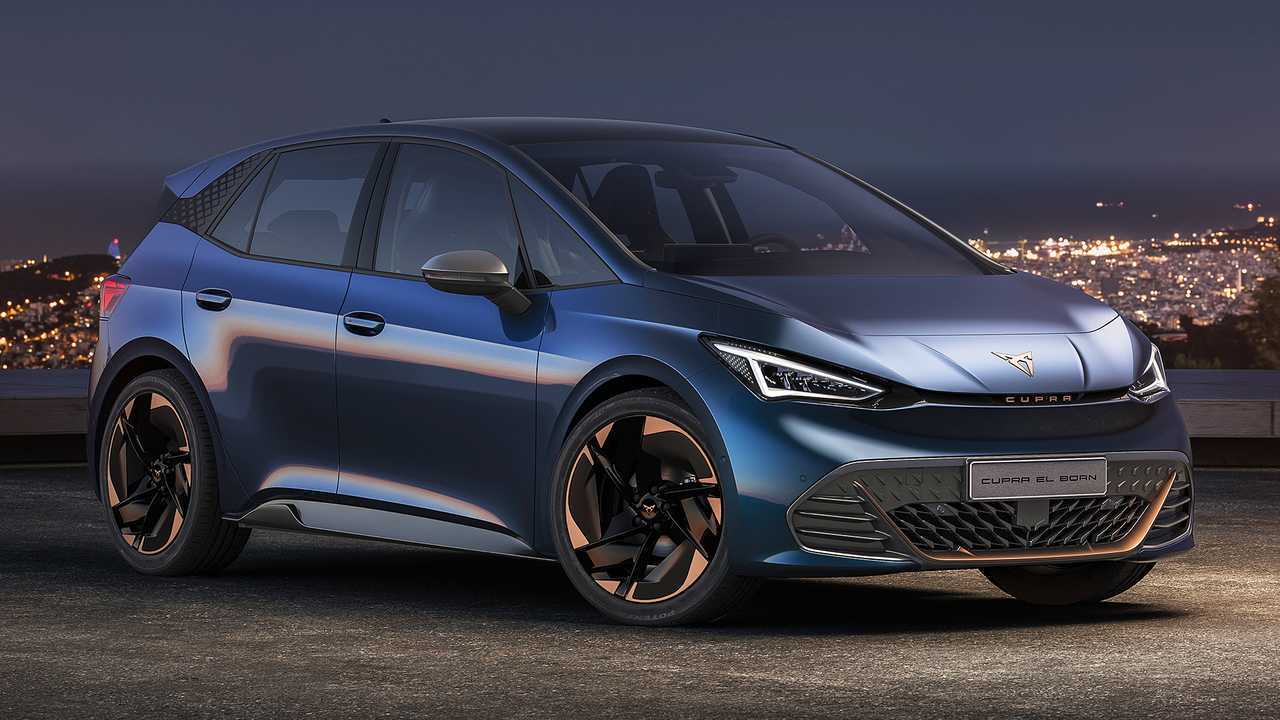 And it's not just a concept.

First revealed in March last year, the El-Born was an all-electric concept by SEAT. Until now - the company’s performance brand, Cupra, has just revealed the production version of the show car. It wears the same name as the concept and will be assembled at Volkswagen’s Zwickau factory.

Visually, the Cupra’s version of the El-Born has received a number of visual upgrades, including a sharper front fascia, two-tone wheels, and wider side skirts. The interior layout is basically unchanged but the cabin now features different materials, most of which are recyclable, and sports bucket seats. There’s also a new steering wheel.

Under the familiar skin, there’s a 77-kWh battery pack, which provides a maximum range of 310 miles (500 kilometres) between two charges. Thanks to the implemented fast-charging technologies, the EV can recover the energy needed for at least 161 miles (260 km) in just 30 minutes.

Even more importantly, the zero-emission hatchback will be capable of reaching 31 miles per hour (50 kilometres per hour) in just 2.9 seconds. The engineers have also developed the so-called Dynamic Chassis Control Sport (DCC Sport) system, which is basically a system that adapts automatically to the road conditions to offer “a superior level of driving dynamics.”

“Cupra El-Born displays all the genes of the Cupra brand and we have taken the original concept to the next level creating a new sporty and dynamic design and re-engineering the technological content,” Cupra CEO, Wayne Griffiths, comments. “Cupra El-Born is the living proof that performance and electrification are a great match.”

Cupra has plans to launch the production version of the El-Born at some point in 2021.