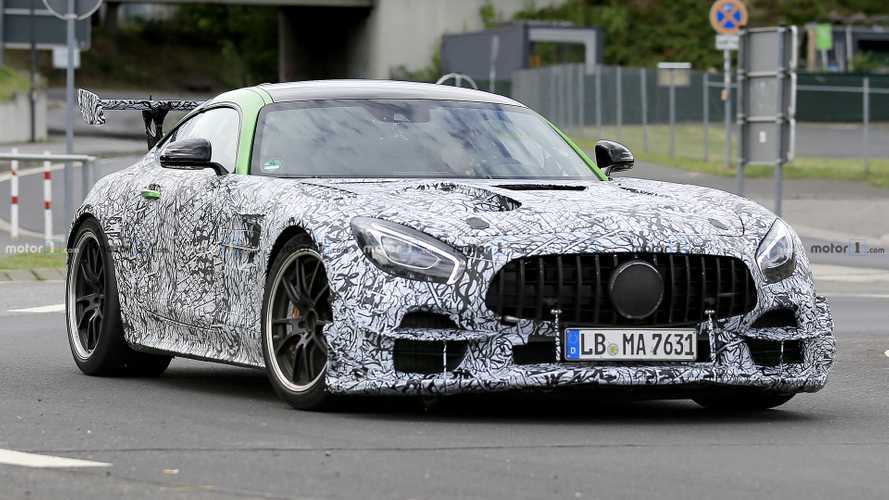 Over 10 seconds faster than its sister car around the Green Hell?

According to Fastabast, purveyors of Nürburgring Taxi hoonage, the Mercedes AMG GT-R Black Series is the ultimate way to experience the ‘Ring. The company provides customers the opportunity to experience fast laps around the Green Hell in the passenger seat rather than behind the wheel.

The ‘Ring taxi enterprise says it is one of the best vehicles for delivering an unforgettable Nordschleife experience, but what makes it such a barnstormer? While the engine configuration of the Merc is still unknown, Fastabast claims the engine develops 720 bhp (536 kilowatts) and 627 pound-feet (850 Newton-metres) of torque. Along with its new aggressive aero-kit, these figures are enough to fire the GT-R BS around the ‘Ring in 6 minutes and 58 seconds.

To give some perspective, the sub-seven-minute lap time that was quoted is just a whiff slower than the Porsche 918 Weissach’s 6:57. It should also be noted that the 918 lap was completed with Marc Lieb at the helm; a legendary sportscar driver who has a wealth of racing experience around the ‘Ring including four victories at the Nürburgring 24. Along with victories at the Nordschleife, Lieb has also won the 24 Hours of Lemans in GT cars and prototypes.

The Black Series AMG GT-R is also quite a lot faster than its sister car, which lapped the Nürburgring Nordschleife in 7:10. While the standard GT-R’s lap time puts it in good company, the GT-R BS is different gravy with a 6:58 around the ‘Ring. We don’t know who was piloting the car but it was undoubtedly a rapid lap.