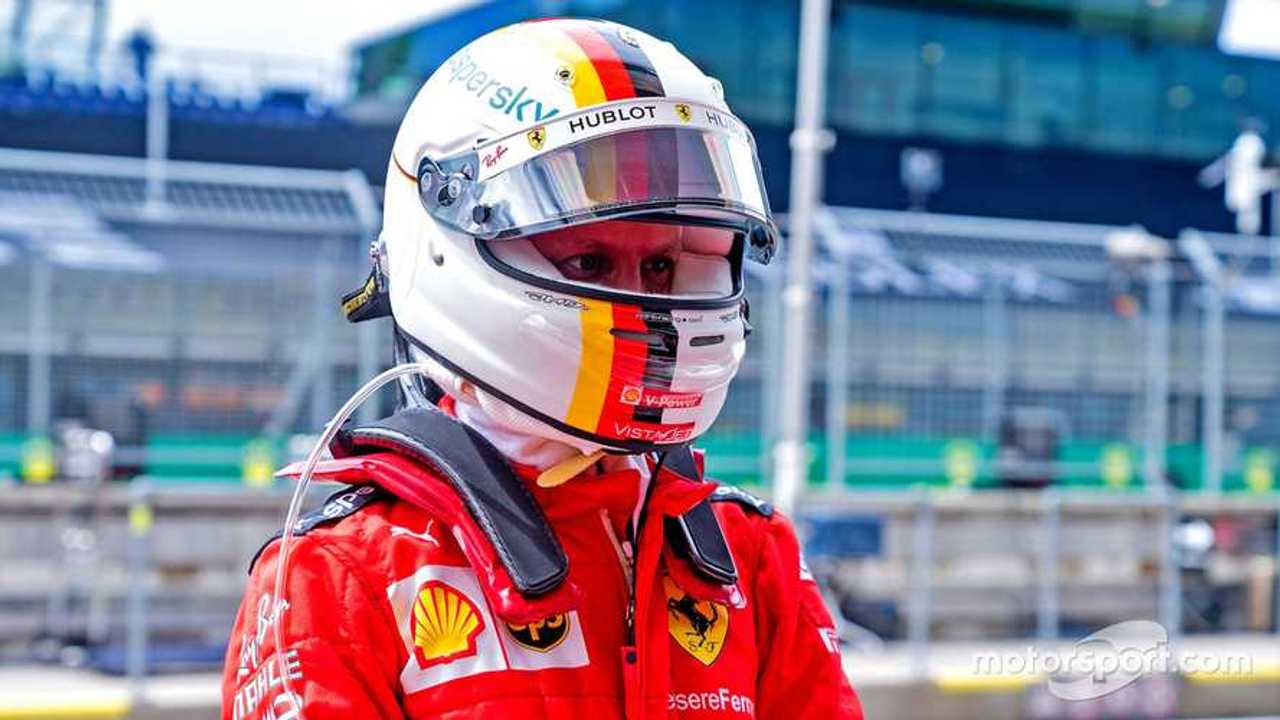 Vettel has challenged Ferrari's claim that the COVID-19 crisis was the trigger that led to his contract not being renewed.

Binotto said ahead of the Austrian Grand Prix that while Vettel's was Ferrari's first choice, the pandemic led the Maranello squad to change its preferences.

"I think the virus and pandemic situation, which changed the entire world, not only our motorsport, our F1," he said.

"The budget cap has been changed by quite a lot, and is a lot more strict, the regulations have been postponed from '21 to '22, which somehow was something important for us.

"So during the shutdown as Ferrari we had to eventually reconsider our position."

When questioned for the first time on Ferrari's decision to drop him for 2021, Vettel revealed last week that the news came in a "surprise" phone call from Binotto.

"Yes, that's what I said," Vettel told ServusTV when asked to clarify. "I think that the last five years haven't brought what I think was the goal from both sides. Still, I think that it would have been an option to continue and work on the goal in any case.

"That surprised me at first. The conditions with corona and so on – I don't want to harp on it now, but I don't think they'll be that decisive.

"There were also some reports that we could not agree on the financial aspects. So that was not an issue at all and would not have been an issue.

"If you have been in Formula 1 for so long and you've been lucky enough to be so successful and on the other hand gain a certain independence, that would certainly not have been an obstacle, which is why it was surprising.

"But well, the decision as it is, I don't have a problem with it and I accept it as it is, but I'm still trying to do my job this year and do a better job than yesterday and do the best for the team to bring this to a good end."

Vettel insisted that his future remain plans remain open, but he made it clear that he wants to continue to race in the right environment.

"Honestly, I haven't made a decision yet, and I don't know yet for myself either. What's important, of course, is to find an environment that fits. I have enjoyed the last five years very much in many respects, but the last five years have also taken a lot of energy.

"The goal at that time was to rebuild the team. And certainly both sides have tried everything. But at the end of the day we failed on both sides, because the title didn't come. That was the big goal. Now this is a new situation for me. It will be important for me to find something that is good for me and fun. I think that is a very important thing.

"As I mentioned earlier, the financial aspect is not at all in the foreground. And of course I am still very ambitious, motorsport is my life. I don't know any other way, except the last three months it's been a little different.

"But I wouldn't really want to miss it. With the right job and the right place I would still feel very much at home in a Formula 1 car. I think the next few weeks, months, will shed light – also for myself – on what is possible, and what I want to do."

Vettel said that he made contact with Red Bull's Helmut Marko immediately after he received the call from Binotto.

"I called him right after the decision, but not to ask, 'Helmut, do you have a place?', but because I get along very well with him and he has been a confidant for years.

"I asked him for advice. I described the situation to him as it is. He's known for putting his heart on his sleeve. And then I spoke to him. What will come out in the end remains to be seen. The talks in this regard are of my own making."

Asked about the option of Mercedes, he suggested that it was unlikely that the Brackley team would have a seat for him.

"I think that the team, as it is currently driving, is very happy and is doing very well. The last few years prove that right. I can understand that they want to stick with it. No decision has been made in this respect yet. In theory, both places are still free. But is clear that Lewis can stay if he wants to. And the same goes, after yesterday, for Valtteri."

He conceded that there were three options, namely to find a seat for 2021, take a year out and return in 2022, or stop for good.

"I think you have to - at least that's how my head works - I think if you make the decision to close the door, you shouldn't make it in such a way that you have the hope to open it again. Unless it is clear from the outset.

"I believe that you must then be ready for yourself to be ready to keep the door closed. In other words: if it does not open, for whatever reason, then one should not regret the decision."