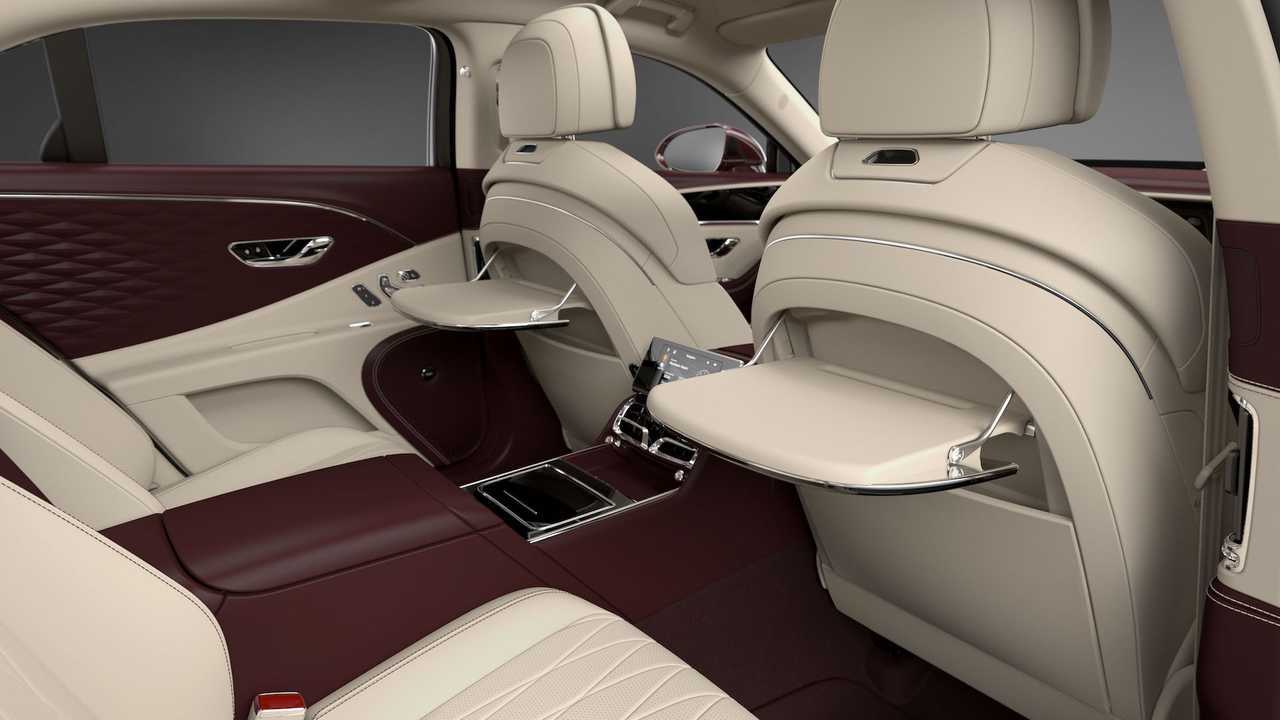 And more added to the virtually infinite number of options.

A few months ago, we've reported the virtually infinite number of options that can be had at the back of the Bentley Flying Spur. It reinforces the brand's position as a luxury automaker and the brand's new flagship model, giving more choices to its clientele the belongs to the one percent of this world's entire population.

Bentley, however, thought that infinity isn't just enough and added more configuration to choose from coming out of Crewe. One of the major additions is the availability of a four-seat configuration that maximises the luxury of comfort and space.

Of note, Bentley isn't the first to offer a four-seat configuration at the back. Other luxury saloons like the Lexus LS already have this in their list of options. This is Bentley playing catching up, but that's not really a problem at all.

The four-seat Flying Spur gets a centre console that extends from the front to the rear, serving as a divider and an armrest between the two rear passengers. The centre console houses a 5-inch touchscreen remote, cupholders, and extra storage area. A set of electronically operated picnic tables are also added.

Other options include semi-aniline leather inserts for a posher passenger experience that's expected from a car of this price point. New door inserts are also available in the form of veneers, further elevating the aesthetic appeal of the cabin.

Apart from the interior niceties, Bentley also added three exterior colours to its list of paint finishes. These are the same colours given to the Continental GT, namely Viridian, Patina, and Snow Quartz. The radiator grille has been given the option to be configured with a bright chrome finish – a response to customer feedback.