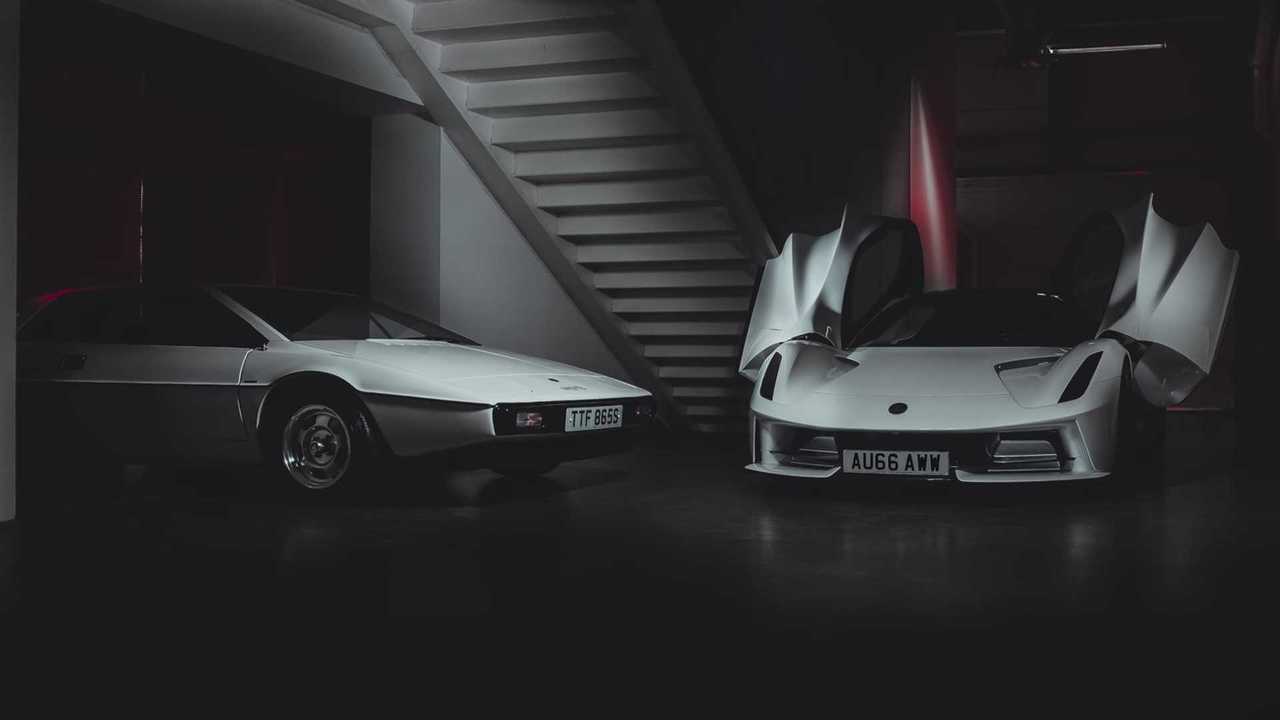 Lotus commemorates 43 years since the Esprit's appearance in The Spy Who Loved Me.

On July 7, 1977, the James Bond film The Spy Who Loved Me had its Royal premiere at the Odeon Leicester Square in London. A white Lotus Espirit S1 was a star of the show, particularly with its ability to transform into a submarine. Now, the upcoming Lotus Evija hypercar poses with 007's coupe to mark 43 years after the movie's opening.

Based on the specs, the Evija could be a world-beater in the hypercar segment. Its four electric motors produce a total of 1,973 bhp (1,471 kilowatts). Lotus projects the acceleration to 62 miles per hour (100 kilometres per hour) to take less than three seconds and a top speed in excess of 200 mph (322 kph). The battery offers an estimated 250 miles (402 km) of range.

Take a tour of the stunning Lotus Evija

Lotus intends to build just 130 units of the Evija. At a projected price of £1.5 million to £2 million, only the ultra-wealthy can potentially own one.

To be clear, this isn't the exact Esprit S1 from The Spy Who Loved Me, but the look is the same. There's a white body that provides a stark contrast for the few pieces of black trim. Inside, there's tartan pattern cloth.

These vehicles feature one of Giorgetto Giugiaro's wedge-shaped designs. Power comes from a mid-mounted 2.0-litre naturally aspirated four-cylinder making 160 bhp (119 kW) in European trim, and the only gearbox available is a Citroën-sourced five-speed manual. While not much power by modern standards, a weight of only around 900 kilograms (1,984 pounds), thanks in part to a fibreglass body, gives the Esprit sharp handling.

In 2013, Elon Musk paid $866,000 for the Esprit submersible from The Spy Who Loved Me. The following year, Musk said that he was developing an amphibious vehicle that would look like the Esprit but be around 10 percent larger. He called it a "low priority project" at the time. In 2017, he mentioned again that the plan was to leave the Bond car as-is and create a new machine instead.