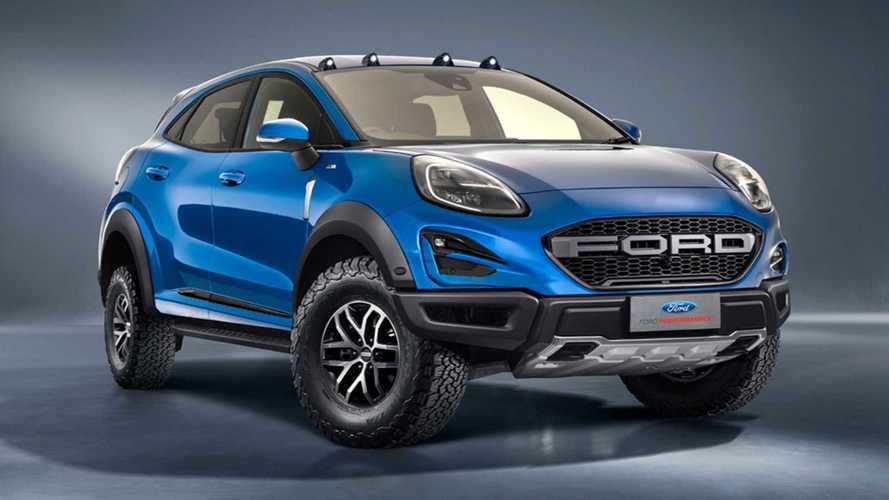 Like it or not, one of Ford’s hottest products on the market these days is actually a forbidden fruit in markets abroad. The Puma small crossover is among the best-selling models in its segment and is already offered in a number of different variants - ST-Line, Vignale, and even the recently introduced ST-Line Vignale. A hotter Puma ST is in the cards and we can imagine even more additional versions could be planned.

Taking a look at Ford’s homeland lineup in the United States, some of the company’s models are also available with a dedicated Raptor off-road treatment. A new rendering from KDesign on Behance imagines what will happen if the automaker decides to apply the Raptor treatment to the Puma. And we are impressed.

The future of the Puma:

Ford Puma ST caught again without a stitch of camo

First, we have to admit Europe is not an off-road-hungry market and such a niche model won’t make a huge business case. However, it looks absolutely fantastic with the added massive Ford lettering on the front grille and the protective aluminium cladding. The 1.0-litre engine under the bonnet will probably have hard times trying to turn those huge off-road wheels but that’s not really important here.

If you let us speculate for a moment, a Puma Raptor with the engine that’s supposed to be offered for the Puma ST - a 1.5-litre turbo unit with 198 bhp (148 kilowatts) and 213 pound-feet (290 Newton-metres) of twist - sounds like a really cool idea. Again, it’s probably not something European customers are really looking for but the Raptor treatment could pave the way of the Puma to reach American showrooms.